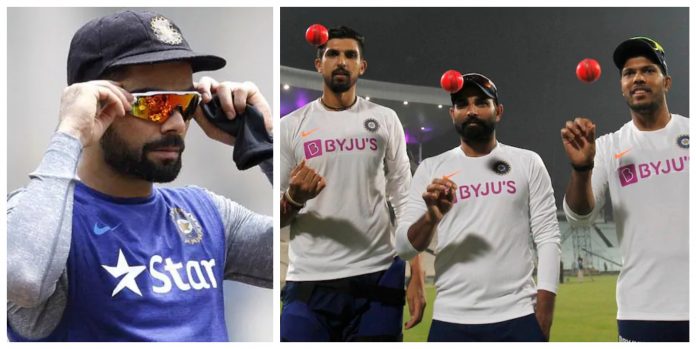 36 and 58. No these are not the lottery ticket numbers, but in fact India’s and England’s team totals during their last Day-Night Test outings respectively. With the series delicately poised at 1-1, it will be interesting to see whether either side carries any baggage of the collapses. 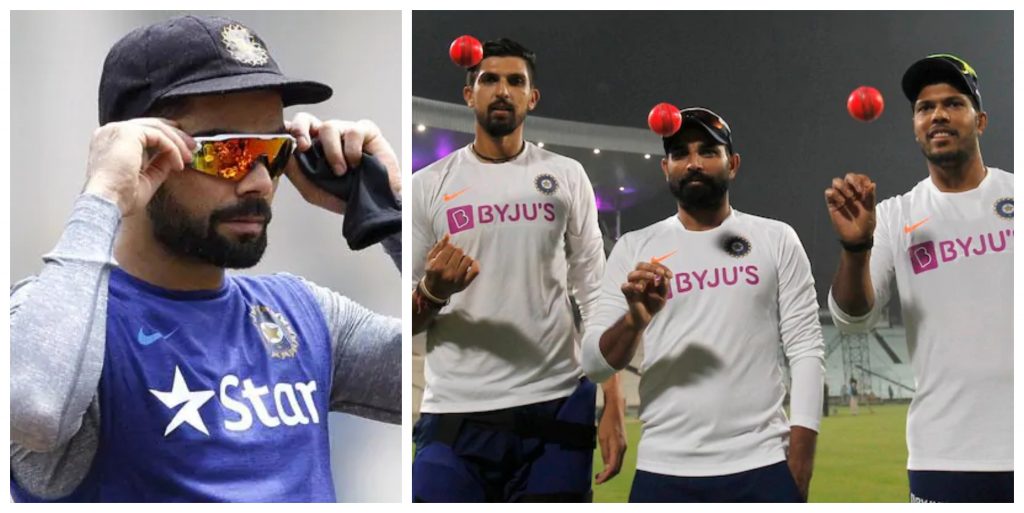 All eyes would be on the Motera Stadium in Ahmedabad, as the venue for the Day-Night Test starting on Wednesday. After all, it will also be the first international match to be held at the stadium after it was renovated to make it the largest cricket stadium in the world.

As the two teams started their training in full swing, the players couldn’t stop raving about the stadium whose dressing rooms, amazingly enough, are connected to the gym.

India’s first Day-Night Test came at the Eden Gardens in Kolkata against Bangladesh in 2019, where Virat Kohli scored a century and Ishant Sharma took five wickets as the hosts ran out comfortable winners. Given India’s limited experience of Day-Night Tests, team composition will play a crucial part in the way the team will approach the game.

In Chennai, where the pitch started playing the tricks on Day 1 itself, skipper Virat Kohli opted to play three spinners during the opening two Tests, which offered result-oriented pitches.

The two factors are playing on the Indian team’s mind. Initial images from the ground show a thick grass cover on the pitch, which is normal in Indian conditions to maintain the moisture for the Day-Night Test.

But day-night Tests with the pink ball, which has an extra coat of lacquer to keep the shine intact, are generally played on pitches with grass which can aid movement. At home, India have played only one day-night Test, against Bangladesh in 2019, where all but one wicket went to the pacers.

India may have 36 all out on their minds, but England also had a big collapse in their most recent day-night Test 👀 #INDvENG pic.twitter.com/IaM0tAlexg

Pace spearhead Bumrah is bracing for a comeback after missing the second match at Chepauk and the seasoned Ishant Sharma, who is standing on the cusp of playing in his 100th Test, was also seen in action. The spinners — Ravichandran Ashwin, Axar Patel and Kuldeep Yadav — too rolled their arms over before the Day-Night Test.

The first two are set to play even as India contemplate leaving out the chinaman bowler keeping the swinging pink ball in mind. Keeping in mind he’ll continue with the five-bowlers policy, it would be quite interesting to see if Kohli opts for three seamers as compared to two in the last 2 Tests.

Given that the pink ball swings more than the red ball and the pacers get to bowl under the lights, it is thus no surprise that the fast bowlers have enjoyed bowling with the Pink Ball much more than the spinners.

In the 15 Day-Night Test matches, the fast bowlers have taken 354 wickets at an average of 24.47 while the spinners have just managed to take 115 wickets at a significantly worse average of 35.38.

Ahead of the Day-Night Test, one thing the bowlers will be mindful of is that after all, we are playing in India. The advantage to fast bowlers might be negated by two factors at Motera. One, the patch of green will in all likelihood be removed completely on match-day which suggests that the pitch could be a fast turner similar to the one in the second Chennai Test. Secondly, dew is expected in the final session which will make it difficult for the ball to reverse.

India will have to decide on whether to draft in Umesh Yadav — with his stupendous record on home soil — to bolster its pace attack keeping in mind the pink ball is likely to aid pacers.

A lot of teams fret over the evening session and the possibility of crumbling under the lights. Equally, there has been a lot written about the dreaded twilight session in Day and Night Tests when teams can potentially collapse and lose half their batting line-up in an hour of play usually towards the end of the second session which sometimes extends a bit into the final session too.

Come match-day, all the eyes will be on India’s playing XI for Motera!

“Would have loved to play my 100th test in Australia’: Ishant Sharma opens up about his upcoming milestone