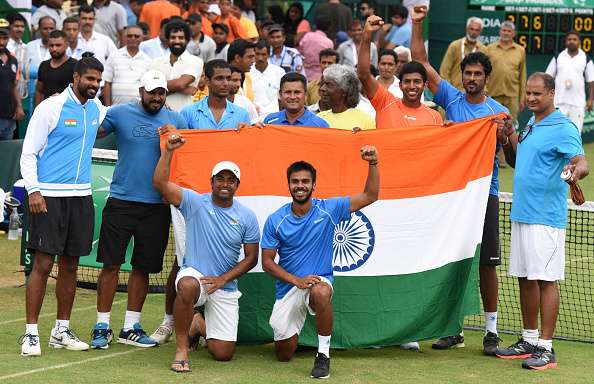 India is all set to face Pakistan on the latter’s soil after a span of 55 years as the AITA (All India Tennis Association) has hinted that the central government might give permission for the players to visit Pakistan for the tie in September.

India’s last encounter against Pakistan in the Davis Cup dates all the way back to March 1964, when the team of Akhtar Ali, Premjit Lall, and Shiv Prakash Mishra clinched the tie 4-0 in Lahore. AITA Secretary General Hironmoy Chatterjee was quoted as following by PTI:

“We have written to the government and hopefully we will go to Pakistan, that’s the impression we have. It’s not a bilateral series it’s like a World Cup, so the government will allow. I am confident we will go and play in Pakistan. We will announce it in a day or two. Pakistan Federation has mentioned that the tie will be played in Islamabad.”

While Pakistan will not pose any challenge whatsoever to India as none of their singles player are even ranked in the ATP circuit after the latest challenges, the Pakistan Federation are confident of earning significant revenue through live broadcast.

“We are hopeful of earning much-needed revenues for tennis during the live broadcast of the grass court tie as Pakistan and India sporting events garner a lot of interest,” said Pakistan Tennis Federation President Salim Saifullah.