While Australia have registered a convincing win over India in the three-match ODI series by 2-0 with one game remaining, they faced a big blow as their swashbuckling opener David Warner has been ruled out of the remaining limited-overs series against India. This came after he sustained a groin injury in the second One Day International in Sydney. 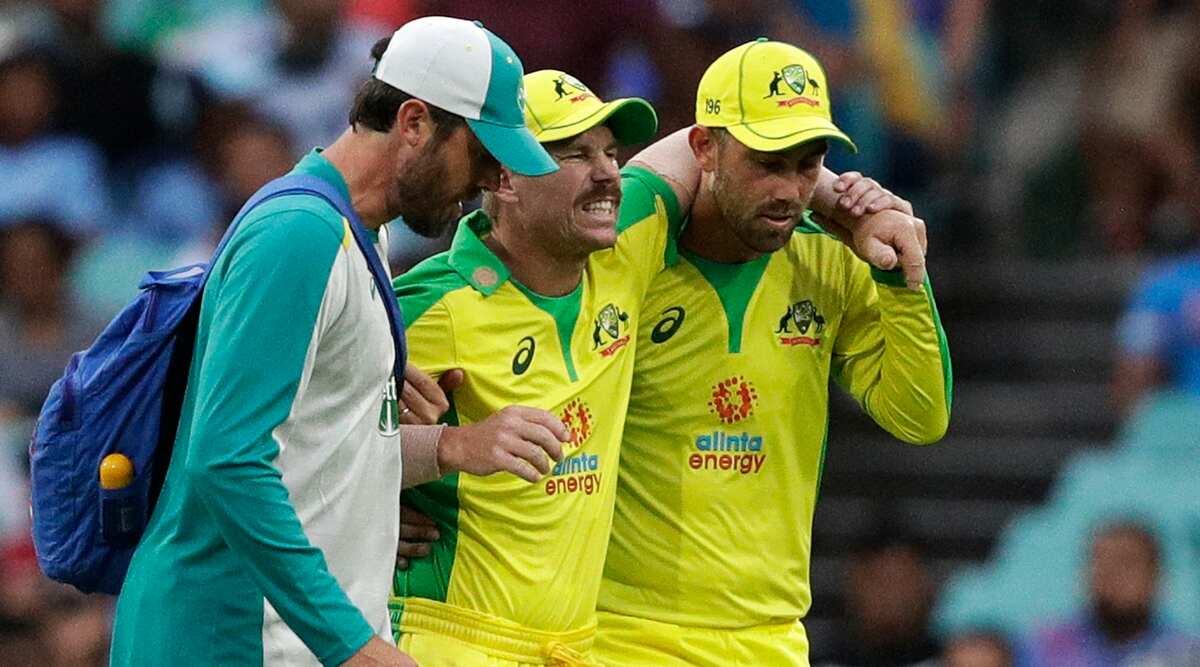 It happened when Warner had dived to stop a ball while fielding. Later, he was seen leaving the field and went for scans too. And, D’Arcy Short has replaced David Warner in the squad. On the other hand, pace spearhead Pat Cummins also has been rested for the rest of the white-ball series.

David Warner has been in a sublime form in the ODI series, having scored 69 and 83 in the two matches, both of them Australia won convincingly to seal the three-match series. Meanwhile, Cummins has finished with 0-52 and 3-67 in the two matches. However, Australia coach Justin Langer admitted that the priority now will be the four-match Test series, which will begin after the limited-overs series.

“Pat and Davie are critical to our plans for the Test Series,” he said. “Davie will work through his injury rehab and in Pat’s case it is important all of our players are managed well to keep them mentally and physically fit throughout what is a challenging summer.

“The priority for both is being fully prepared for one of the biggest and most important home Test Series we have played in recent years, especially with World Test Championship points up for grabs,” he further added.

D’Arcy Short, on the other hand, has played 8 One Day Internationals and 20 Twenty20 Internationals so far and he has already been training with the squad as he was one of the stand-by players. He last played an ODI in March this year, and a T20I in February 2019, against India in Bangalore as well.

The first Test of the four-match Border-Gavaskar series will begin on December 17 in Adelaide. Notably, India wouldn’t get the service of their regular captain Virat Kohli for the last three Tests. He will return home to be with his wife, Anushka Sharma as the celebrity couple is going to be parents soon.