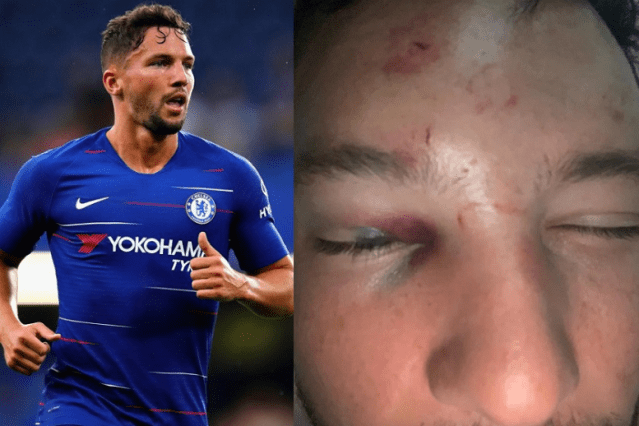 Danny Drinkwater isn’t the nicest man in soccer obviously but more often than not, the midfielder has been on the news for the wrong reasons.

Yesterday in a nightout at a club in Manchester, Drinkwater was witnessed trying to chat up the girlfriend of another professional footballer of Scunthorpe United – defender Kgosi Ntlhe.

It was then reported that a group of six men started attacking the former Leicester City player with a blunt object.

A source told The Sun: “At one point he was curled up in a ball on the ground, as they repeatedly jumped up and down on his ankle and shouting, ‘Break his legs’.

“They knew he was a Premier League star and it was his livelihood. There was blood everywhere, and it was all incredibly nasty.

“Danny is absolutely mortified now and realises he can no longer put himself in a position where these incidents happen, regardless of who is at fault.”

This news comes not more than a while after Drinkwater was booked for drink-driving.