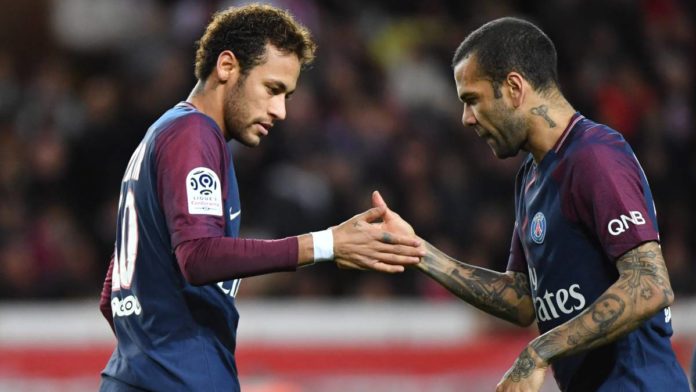 Despite playing for the same side, PSG’s Dani Alves condemned the actions of Neymar after his side lost the Coupe de France finals to Rennes on Sunday. The Brazilian appeared to punch the fan on the face. 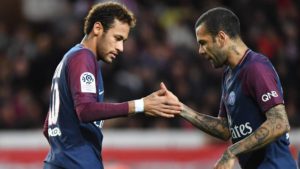 Dani Alves called for Neymar to have a control over his emotions after the latter was seen confronting a fan following PSG’s loss to Rennes in the Coupe de France final. Even while Neymar apologized for the incident, Alves has told him to have a check over his emotions.

“It was a delicate moment. We had just lost a title and he was hot-headed. It was a reaction and one that I think was not right in that moment. You cannot get involved in this sort of thing. You have to show more control,” he told ESPN.

Alves later on went on to tell that mistakes like these tend to get the better out of a person but such situations need to be avoided at most times.

“I believe that you have to make mistakes to improve. Not necessarily like this, but this mistake will cause him to reflect a bit. Neymar is an exceptional guy, but he can be a bit rash at times.”

“This sort of reaction, no matter how friendly we are, I cannot be in favour of it. I believe that he has learned, and I hope that it will not happen again.”

After taking a comfortable 2-0 with both Neymar and Alves scoring the goals, PSG looked to complete a double for the season. But a spirited second half comeback from Rennes saw the game go to penalties where the side came out victorious.