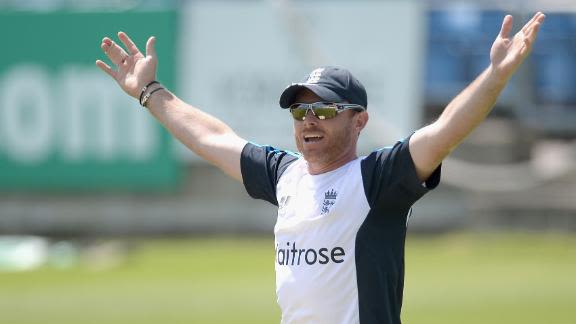 Team India faces a daunting task on the final day with the equation being set against them. The hosts need 381 runs with 9 wickets in hand having lost the wicket of Rohit Sharma late on Day 4. Despite England being on top and firm favourites, former player Ian Bell expressed his worry over a key Indian player who could thwart their plans.

Ian Bell outlined the threat posed by Rishabh Pant, who has been heavily involved in both of India’s recent fourth innings heroics in Australia. Even in the first innings, the wicket-keeper batsman top-scored with a blistering 91 before being dismissed to Dominic Bess.

“I think it is so important for a young player to understand how you are going to go and to have a clear mind. Pant showed an aggressive mindset, clear in his game plan, how he was going to take him down. It was not just reckless hitting, backing himself, picking the right bowlers. Yes, clearing boundary fielders but then rotating the strike along the way,” Bell said on ESPN Cricinfo

Pant was recently crowned as the very first ICC’s Player of the month following his heroics in Australia, where he emerged as one of the top scorers despite playing only three test matches.

As of writing, India are currently in deep trouble with James Anderson removing both Shubman Gill and Ajinkya Rahane in the space of four deliveries.

Skipper Virat Kohli is joined by Rishabh Pant at the crease with India still needing in excess of 300 runs to win the test and stare at 70 overs in search of a draw.