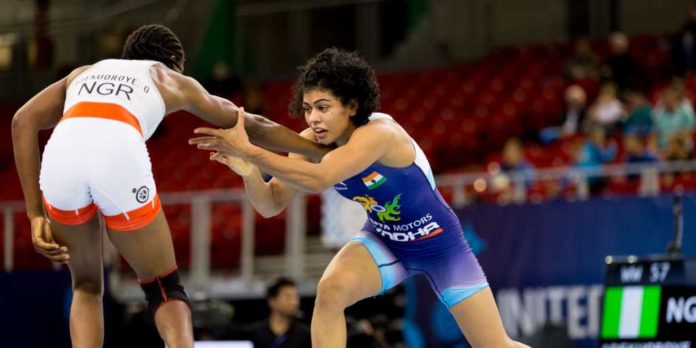 Pooja Dhanda etched her name into the history books by winning the bronze medal at the World Wrestling Championships in Budapest on Thursday. She follows the footsteps of Alka Tomar and the Dangal sisters Geeta and Babita Phogat who achieved the feat at 2006 and 2012 Worlds respectively.

The 24-year-old started her campaign with a 10-4 victory over Russia’s Olga Khoroshavtseva in the first round, followed it up with a tight 7-6 victory over Nigeria’s Odunayo Adukuoroye before succumbing to Rong Ningning of China 3-4 in the quarterfinals. However, she made it to the repechage round after the Chinese made it to the final where she eventually won the gold.

The 2018 Commonwealth Games silver medallist showed no signs of complacency in the repechage as she cruised past Azerbaijan’s Alyona Kolesnik 8-3 and Norway’s Grace Bullen 10-7 to clinch the bronze medal in the 57kg category.

Bajrang Punia had earlier finished second on the podium in the 65kg freestyle category. With Pooja’s triumph, India finishes its journey at the World Wrestling Championships with a silver and bronze.

The Sportsindiashow team wishes Pooja and the rest of the Indian Amateur Wrestling fraternity all the best for their future endeavors.