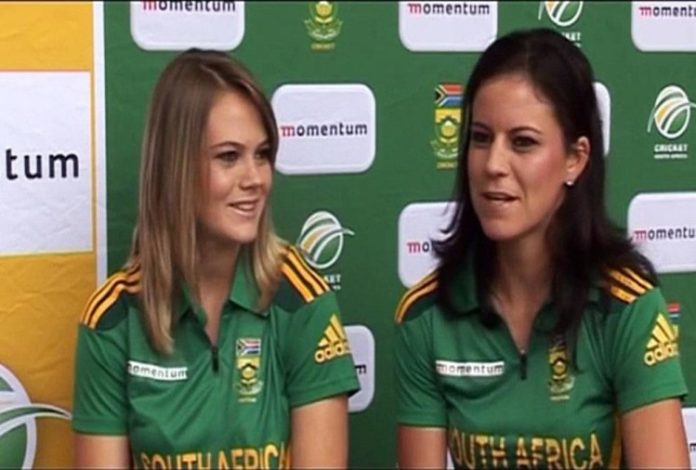 On Tuesday, Dane van Niekerk and Marizzane Kapp of South Africa became the first married couple to bat together in an ICC Tournament. Kapp’s all-round performance highlighted an easy victory for South Africa. She conceded only 13 off her four overs and picked up a wicket before scoring 38 off 44 balls after being promoted up the batting order during a successful chase. Her wife and skipper van Niekerk also picked up a wicket and remained unbeaten on 33 off 45 balls. The couple also picked up their respective 50th T20 international wickets in the same match.

On Monday, the couple was involved in a 67-run partnership for the third wicket as South Africa stormed to victory against Sri Lanka in the Women’s World T20 being held in the West Indies. South Africa first restricted the Lankans to 99 for 8 after opting to bowl first and then chased down the target with 7 wickets and 9 balls to spare.

Van Niekerk has played 98 ODIs (1946 runs) and 70 T20 Internationals (1538 runs) for South Africa. While her partner Kapp has 1626 runs and 106 wickets from 96 ODIs. In 67 T20Is, she has scored 700 runs and taken 50 wickets. Both of them made their international debut within two days of each other during the 2009 World Cup. Van Niekerk made her debut against West Indies on March 8, while Kapp was handed her first cap for South Africa on March 10.

Van Niekerk and Kapp got married in July this year. They are now the second couple among current international cricketers after New Zealand pair of Amy Satterthwaite and Lea Tahuhu to have got married.

South Africa now have just one day to prepare for their clash against West Indies. They will play the hosts at the same venue this Wednesday, 14 November 2018.