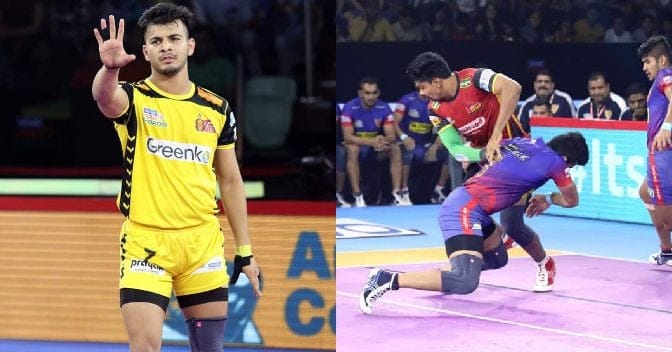 The opening day of the Delhi leg of the Pro Kabaddi leg season 7 saw the raiding power of Dabang Delhi and Bengaluru Bulls, as over dependence on Pawan Sherawat led to another defeat for the defending champions. On the other hand it was the defenders who led the gamefor both Jaipur Pink Panthers and Telugu Titans. It was performance by Vishal Bharadwaj which helped the Telugu Titans win the game against the table toppers. 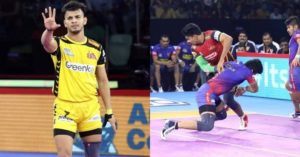 A brilliant performance by Naveen Kumar and his opposite number Pawan Sherawat set the game alive. But over dependence on star raider and incompetency from the defenders handed the Bulls another loss. Naveen Kumar was complemented by defenders Ravinder Pahal and Vishal Mane. On the other hand captain of Bengaluru Bulls Rohit Kumar couldn’t open his account in today’s game.

Table toppers Jaipur had a chance to consolidate their position on the top of the table but the Telugu Titans had different plans as defender and former captain of the titans scored 8 tackle points out of which two where super tackles. It was a game where both the teams showed defensive competence as Pink Panthers Defender Sandeep Dhull has the highest tackle points in this years Pro Kabaddi League scored 4 tackle points. It was the last raid by Farhad Milaghardan which sealed the deal for the Telugu Titans.