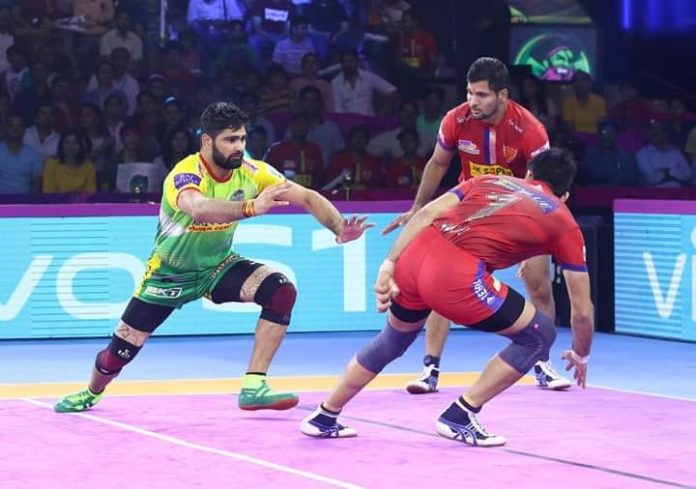 A five point raid by Vijay in the dying moments of the game helped Dabang Delhi K.C defeat the three time champions Patna Pirates who needed to win this game in order to keep their hopes alive for the playoffs. Pirates captain and star raider Pardeep Narwal was the star of the game as he scored 19 raid points and became the first player in PKL history to score 1100 raid points. 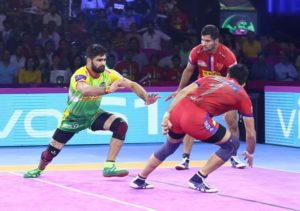 It was yet another victory for the table toppers Dabang Delhi K.C and sixteenth consecutive super-10 for star raider Naveen Kumar who has been a revelation for Dabang Delhi K.C he was very well complemented by his partner Vijay who scored his first super-10 in this edition of Pro Kabaddi League. On the other hand it was a complete Pardeep Narwal show as the in-form Patna captain was the leading point scorer in today’s game as he scored 19 raid points. Pardeep wasn’t complemented well by the Patna defense as the Patna defense could only manage 6 tackle points in the whole game. A loss against the Dabang Delhi K.C meant curtains for the three times champions as their chances of qualifying for the playoffs became bleak.

The last day of Jaipur leg will see two games as U Mumba take on defending champions Bengaluru Bulls and hosts, Jaipur Pink Panthers will take on Telugu Titans.