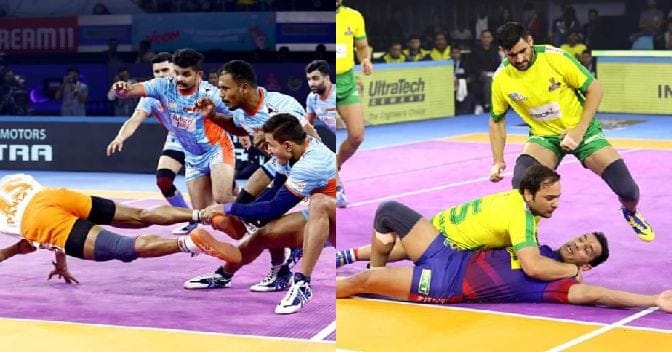 The second day of Kolkata leg of Pro Kabaddi League season 7 saw the Dabang Delhi K.C and Bengal Warriors back to winning ways after an early setback yesterday against the Haryana Steelers and Gujarat Fortunegiants respectively. The Dabang Delhi K.C defeated the star-studded Tamil Thalaivas comprehensively courtesy yet another super-10 by Naveen Kumar and a welcome super 10 by their captain Meraj Sheyk. It was a close game between the hosts and Puneri Paltans which was decided by a five-point raid of the Bengal raider Mohammed Nabibaksh. 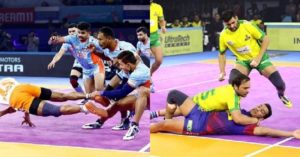 A new partner of Naveen Kumar in Meraj Sheyk and even he proved he mantle by scoring a super-10. A performance which broke the hopes of the Tamil Thalaivas to reach the top-6 as the star studded Thalaivas again failed to win. Naveen Kumar scored his 12th consecutive super-10 as the Sonipat born raider went on to score 17 raid points. For Thalaivas it was the showman Rahul Chaudhari who scored a total of 14 points but it wasn’t enough as nobody clicked in order to help the Thalaivas draw close to the score.

A game which will be remembered for a super-10 by Maninder Singh and a high- five by star defender Baldev Singh, but most importantly this game will be remembered for a five-point raid by the Bengal All-rounder Nabibaksh who changed the game on its head. Paltans tried their best but it wasn’t enough even though Pankaj Mohite and Manjeet completed a super 10.