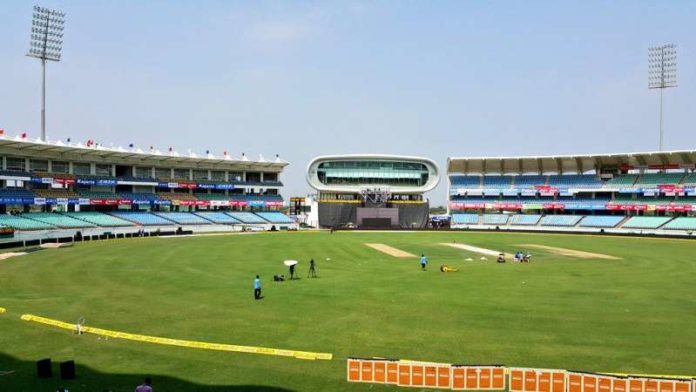 As the T20 series is on the line for the Indian Cricket Team as the Bangladesh Cricket Team have a golden chance to clinch a rare and their first series victory over India in T20 Internationals, rain and cyclone looms over the Saurashtra Cricket Stadium in Rajkot. 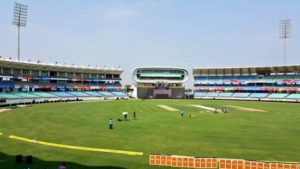 Both the teams had a chance to practice on the Rajkot ground under clear sky but as dusk fell the weather changed and there was heavy rain which led to the shattering of window panes and glasses . In half an hour the outfield turned into a half filled lake with the stadiums good drainage system the rainwater was drained off as the weather started to clear up. Even though there was a little bit of rain around the stadium.

The match on Thursday can be important for both the teams as there is alot on stake for the Indian team as a victory in the game can help them have a final hit in Nagpur which could be a series decider for both the teams.

India would like to improve on their performances and would like to come hard and strong on an easy and batting friendly Rajkot pitch as Rajkot has always been known for high scoring games and if history books had to be referred this was the ground were a batting masterclass was played between India and Sri Lanka back in 2009 and when it comes to T20, India has an even stevens record at this ground.