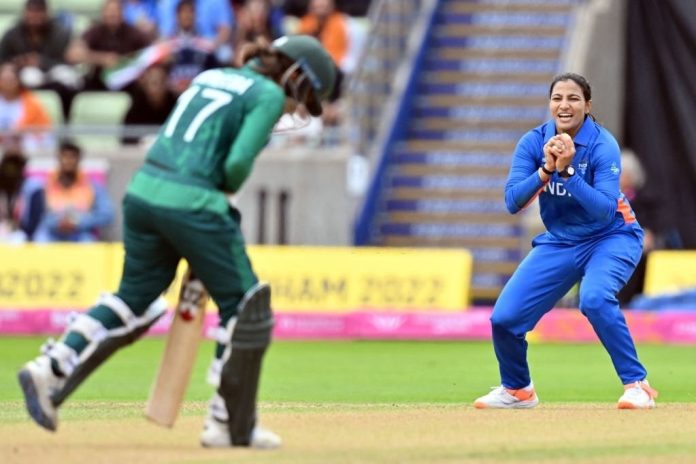 India Women’s Cricket team were completely dominant against Pakistan Women’s Cricket Team in Commonwealth Games(CWG) 2022. The Pak side were outplayed by India in the first T20 clash on Sunday, July 31. Pakistan were bundled out for 99 runs, a lowest-ever total recorded at the Games. Indian handed them a defeat in a comprehensive manner as they reached the total with 38 balls to spare. Pak W were heavily trolled following the disappointing defeat. 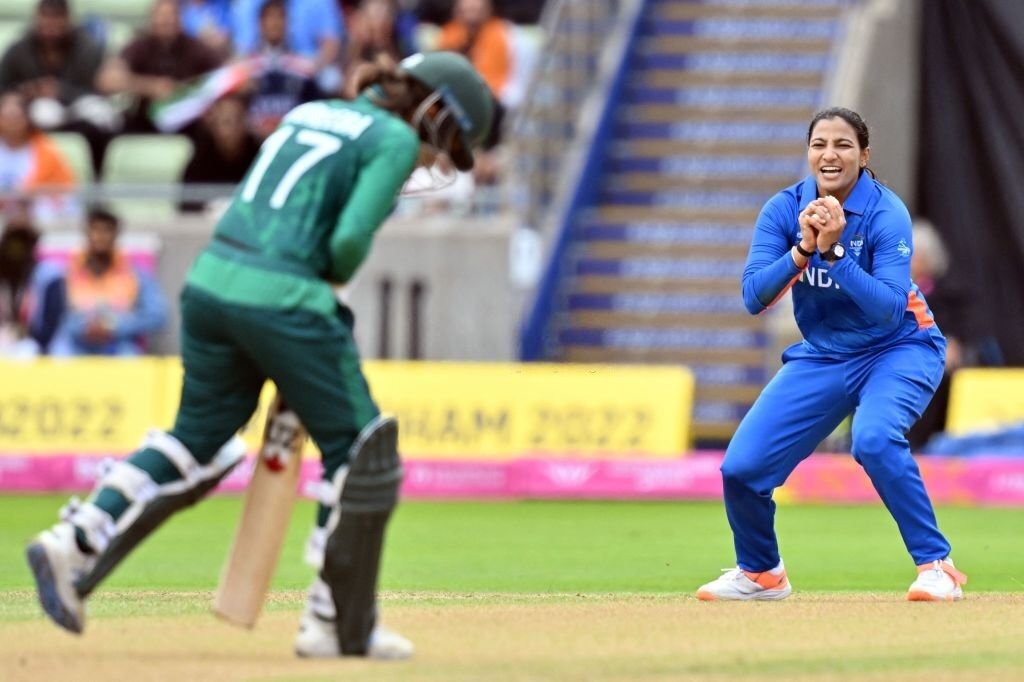 Intermittent showers caused the match start to be delayed by 45 minutes with the game reduced to 18 overs a side. Pakistan had won the toss and then decided to bat first against a strong bowling lineup like India. The decision raised some eyebrows straightaway.

Muneeba Ali, with 32 off 30 balls, was their best batter on display and was the only one to score decent runs. Captain Bismah Maroof managed just 17 off 19 balls as Pakistanis struggled to get going against the likes of Radha Yadav, Sneh Raha and Deepti Sharma. Indian spinners kept them on back foot throughout the innings before bowling them out for a mere 99.

Chasing the target, Indian opener Smriti Mandhana single-handedly garnered runs as she struck 63 off just 42 balls. India chased down the target with 8 wickets in hand in just 11.4 overs. Mandhana’s innings included 8 fours and 3 sixes and the knock was played with an impressive strike rate of 150.

Bismah Maroof and Co did not receive great reviews at the end of a bad day in office as the fans trolled them for displaying one of the worst batting performances in the CWG 2022.

The fans were seen trolling the losing side harshly on Twitter and the decision of batting first was also questioned. Here are some of the reactions:

Indian batters are unstoppable… would be an easy chase… Pakistan bowlers seems to have no answer … bye, bye Commonwealth Games #PakvsIndia

Girls from uttarakhand have always been nightmare for Pakistan 🇵🇰 in #cricket