Despite the vast majority of the cricket stadiums in the world adopting a spherical or a similar shape, the home of cricket, England boasts a variety of ground shapes which has played its part so far in the ongoing World Cup.

From the odd single short side at Trent Bridge to the long square boundaries in Cardiff, the grounds in England are rich in variety. The varied shapes allow for different game plans to come into forte and also brings upon the freedom for the players to innovate and experiment.

A Reddit user posted a picture displaying all the grounds which will be in use for the competition. Have a look at the image below: 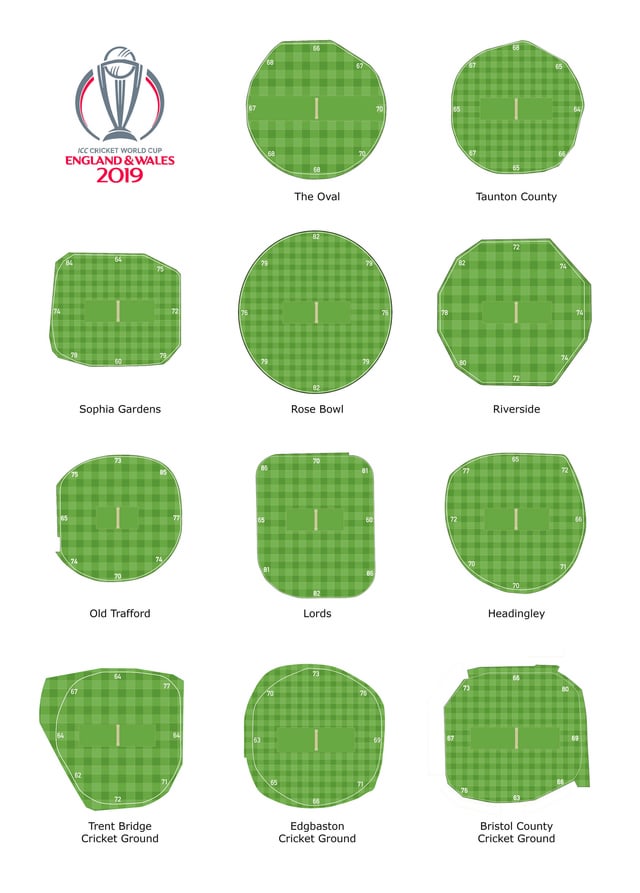 While a majority of the grounds display the typical circular shape with even boundaries, the shapes of venues such as Trent Bridge, Sophia Gardens, The Lord’s and Bristol have caught the eye due to their unconventional shapes.

The irregular shape gives rise to varied boundary distances which can be used as an advantage by both the batsmen and bowlers. The flat pitches and short boundaries at Trent Bridge have played a huge part in its uprise as one of the best batting friendly grounds in the world.

Meanwhile, the long square boundaries in Sophia Gardens due to its rectangular shape has allowed more freedom for the spinners to operate.

Despite looking highly similar when it comes to shape, the Rose Bowl in Southampton and the Taunton County ground differ in their size. The Rose Bowl has long boundaries, which was evident in India’s clash against South Africa in comparison to Taunton.

At this World Cup, the teams have to keep in mind about the shapes of the ground apart from the pitches. This adds up on the excitement for the viewers as well.