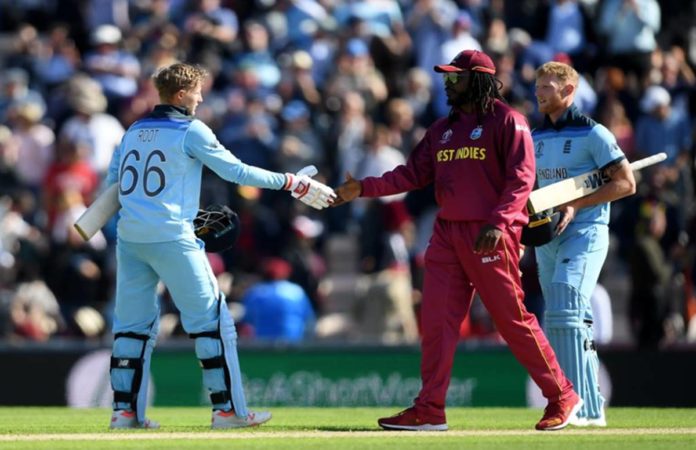 Joe Root scored his second century of the tournament to guide England to a comfortable victory over the hapless West Indies who have now lost their second match in a row. 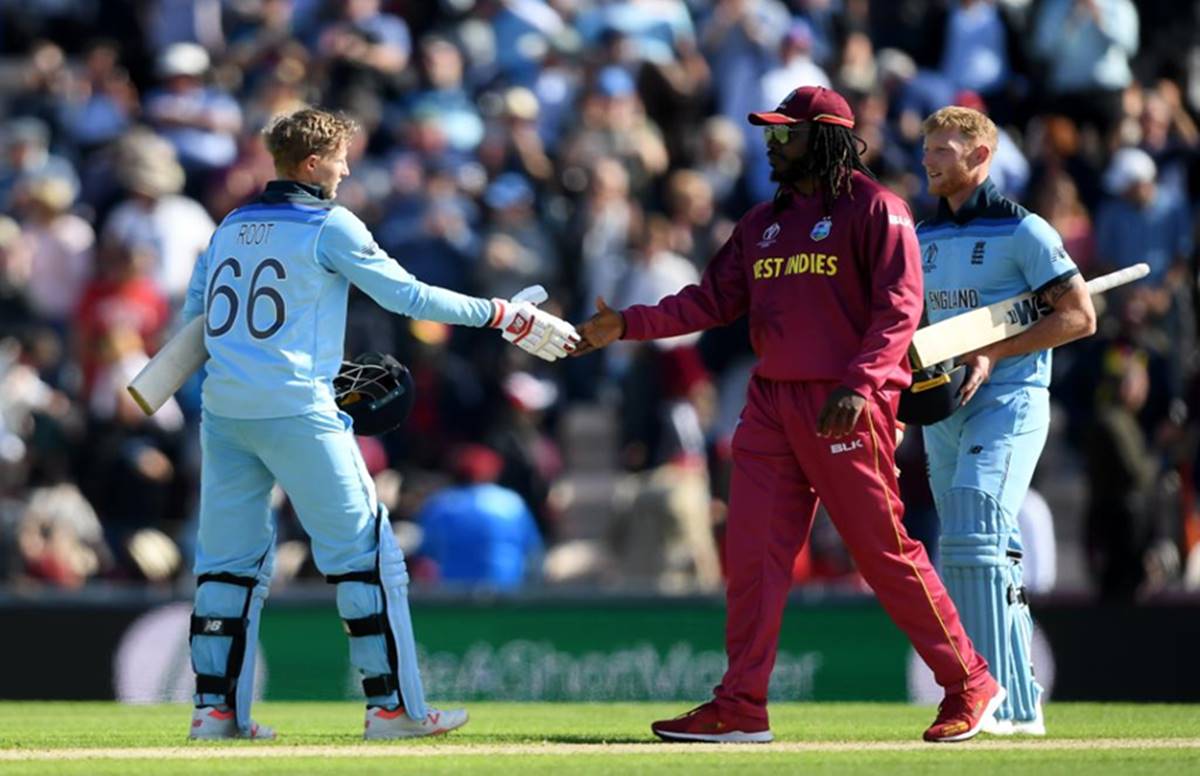 The hosts justified their tag as favourites after a clinical display in all the three departments of the game. Opting to bowl first after winning the toss, England were right in command from the word go.

Chris Gayle saw off the initial overs and switched gears with Jofra Archer taking the brunt of it. The left-handed batsman was dropped at third man by Mark Wood but failed to make it count after getting dismissed soon after for 36.

With wickets falling at regular intervals, Nicholas Pooran and Shimron Hetmyer strung a vital stand. But, with the dismissal of Hetmyer came a monumental collapse which saw the Windies fold out for 212 with more than 5 overs to spare.

Owing to injury succumbed during fielding in the first innings, Joe Root opened the innings instead of Jason Roy. Jonny Bairstow and Joe Root had a 96-run opening stand. With Eoin Morgan suffering an injury as well, Chris Woakes was promoted to No.3. The all-rounder made his chance count with a well struck 40. Ben Stokes arrived to play a late cameo to notch up the hosts’ third win.