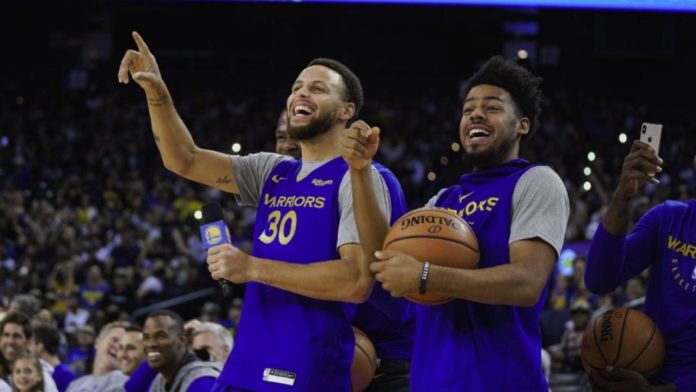 Stephen Curry has dazzled his way through NBA courts in recent years with his shooting and ball-handling skills, but he still continues to wow us. During the Warriors’ open practice on Sunday, the point guard added to his highlight reel.

He made a backward half-court shot, which amazed his teammates and the fans alike. 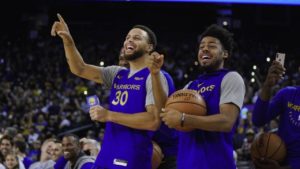 Curry was initially fooling around at halfcourt, and he just nonchalantly tossed the ball behind his back. Incredibly, it went in, without even touching the rim. Coach Steve Kerr, who had started to address the Warriors fans who had gathered in the Oracle Arena, was overshadowed by Curry’s shot.

Best shooter of all-time and it’s not even close. pic.twitter.com/PoGXNaQY8C

Steph has consistently conjured up amazing long-range shots on the floor, and he has created a different marker altogether for shooting exploits. He has truly changed the mindset regarding three-point shooting which has changed the way the game is played currently.

Will Curry add this shot to his arsenal for the upcoming season? You wouldn’t bet against the man who is arguably the best shooter the league has seen.

The Warriors will continue their preseason against the Lakers tomorrow after they lost the last game against the Phoenix Suns.