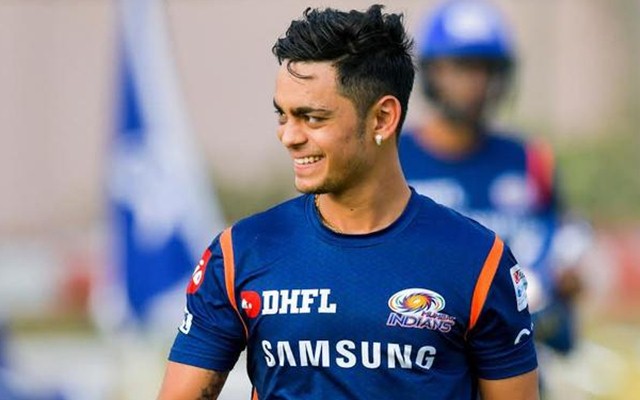 The reality of being a fringe player in a successful franchise hits players hard, and after two forgettable campaigns with the Mumbai Indians, Ishan Kishan finally got a shot at redemption.

Ishan Kishan isn’t a new name in the emerging players’ pool. In fact, he was Rishabh Pant’s captain in the U-19 World Cup four years ago. The Jharkhand boy missed the international bus by a whisker, but it’s still early days; he is only 22.

Mumbai had invested heavily in Kishan, especially financially, having bought him in the 2018 auction for a whopping INR 6.2 crore, nearly a million dollars at that time, and when they were expected to put up a fight to defend their 2017 title, Kishan scored only 275 runs after playing all 14 games.

Cut to 2020, and a game that could define his career, Ishan smacked a valiant 99 against the Royal Challengers Bangalore and almost taken Mumbai Indians to a win from an improbable situation. However, Kishan isn’t too worried by his below-par show in Abu Dhabi. Not just it was an inning in a crunch situation, it defied all odds and spoke volumes about Kishan’s ability to perform against the very best.

Describing his knock Ishan Kishan said in an exclusive quote, “The pitch wasn’t easy. It had double pace and double bounce. Sometimes it was coming on the bat, sometimes it was holding. It was difficult for me to think which was the perfect ball I should go for. The boundary was quite big on the leg side when I was batting. You must have seen the KXIP batsmen also struggle when they were batting.” He also spoke about the match situation which enabled him to occupy the crease till the very end.

The general notion around Kishan by the end of his second season with MI was along the lines of what head coach Mahela Jayawardene says extreme. He is either, too, ecstatic or too low, something Kishan himself admits after the season. But given the raw talent that he possesses, it is difficult to look beyond him.

On the back of two flip-flop campaigns, where the coaches and management have witnessed both the sides of Ishan’s spectrum, this campaign could prove to be a catalyst in the career of the 22-year old southpaw.

He had missed out of the first two games of MI’s campaign due to reportedly suffering a shoulder niggle and replaced Saurabh Tiwary, who had put up a reasonably good performance on his return to IPL. Nonetheless, Kishan’s innings against RCB and his ground fielding has put to rest the doubts over his talent. However, it is still a work-in-progress and he credits his off-season training and the learnings from the likes of Kieron Pollard and Hardik Pandya from his improved game.

“I have been working with them (Hardik Pandya and Kieron Pollard) for a couple of years and I know how they plan their game. It’s not just about power, it’s about how they take the game to the last over or how they put pressure on the bowlers, how they rotate strike. This is something I’m learning from them – how to rotate strike. It is not just about going there and start hitting,” Kishan says.

As the tournament progresses, the wickets are expected to get slow and the role of big-hitters might change, and innings builders and spinners are likely to be more important in the batting set-up. It is quite against what Mumbai Indians have packed their XI with. However, Kishan is confident that the team is ready for the projected conditions.

With 8 matches still to go in the league stage for Mumbai and the next one in Abu Dhabi against the top of the table rivals Delhi Capitals on Sunday, all Kishan has to do now is score consistently and repay the management’s faith in him.

Sure, Kishan has shown oodles of promise till date. But there’s a feeling that the self-belief Mumbai Indians proudly inject into their young players was somehow missing in Kishan-until the knock against Royal Challengers of Bangalore.

“In cricket, you have to be mentally very strong and if you feel under pressure you can sometimes change your game also. That’s not good for the team, or for the player. That’s what happened to me, I think. I’m a guy who gets happy when I score runs, and when I don’t, I am upset,” the left-handed batsman said.

Over the years, the Indian Premier League has become the gateway to Indian cricket teams, especially the limited-overs sides. And the postponed T20 World Cup less than a year away, the likes of Kishan would be itching to make the most of the opportunity and get a look in the Indian setup. There’s no dearth of talent in the Indian setup, and for someone like Kishan, it could be once a lifetime opportunity. One thing’s for sure though, Kishan’s target is to follow the more celebrated fellow cricketer from Jharkhand, who led India to many glorious victories.

Bowlers play a crucial role for teams in IPL: Explained