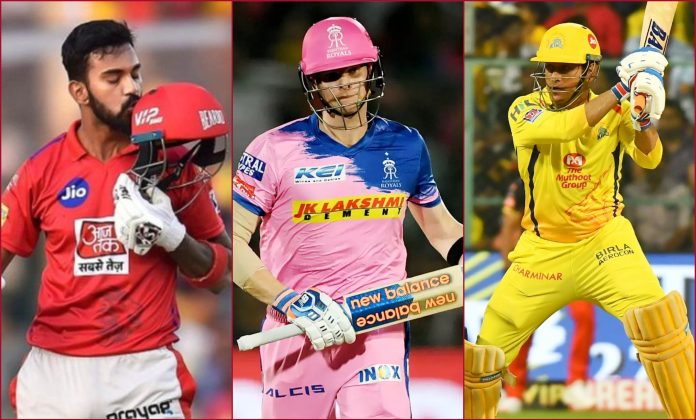 After frantic three action-packed weeks, we are rapidly moving towards the business end of the Indian Premier League (IPL). With matches moving into the final leg across the three stadiums in the United Arab Emirates (UAE), defending champions Mumbai Indians along with Delhi Capital have set a blistering pace.

While MI and DC have impressed with their squad-depth, the fortunes of Kings XI Punjab (KXIP), Rajasthan Royals (RR) and Chennai Super Kings (CSK) have dwindled drastically. The three teams are languishing in the bottom three of the table, and face an uphill task to make it to the playoffs. Notably, apart from winning matches, what is equally important is the margin of the victory or loss.

In that sense, on the back of four consecutive losses, KXIP and RR are in a precarious position for their Net Run rate has taken a big hit this season. There have been only two IPL editions which had teams qualifying with negative NRRs were in 2015 and 2018. We analyse why these three teams struggling to keep up the pace.

They have relied on individual brilliance all season. Their only victory in six matches so far was thanks to Rahul making the highest score by an Indian in IPL history. How often is that going to happen? How many times can you bank on one man making 132 in a T20 game? A line-up with Rahul, Agarwal, Pooran and Maxwell should be going into each game as if it’s a six-hitting contest.

But that’s not been possible because one of them is averaging 18.5 since the 2015 IPL. That’s 53 innings. Two fifties. Maxwell may well have lost his place in Dubai had Gayle been fit. It must be frustrating.

It has been a season of mixed emotions for KL Rahul. Sure, the double-barrelled weapon in the form of the opening partnership between KL Rahul and Mayank Agarwal has grabbed the headlines, but otherwise, KXIP’s performances have been nothing to write home about.

Kings XI are in a place where their match-winners are unable to break free because they also have to paper the holes in their team. They’re essentially playing this IPL with one hand tied behind their back. The bowlers – apart from Mohammed Shami and Sheldon Cottrell to some extent – have lacked bite.

The middle-order batsmen have either hardly had a hit or found ways to get out when the team needed them to stay at the crease. With four losses in five games, KXIP’s poor show so far begs the question – who can be their knight in shining armour? Probably they don’t have an answer for that!

At the end of match No 9 of Indian Premier League 2020, which was less than two weeks ago, Rajasthan Royals were in the second position on the points table, behind Delhi Capitals only on net run-rate. These two teams were the only undefeated ones at that point.

However, as promising as the Royals looked back then, their campaign is in a delicate spot at the moment. Rajasthan suffered their fourth straight defeat on Friday as they went down to Delhi Capitals by 46 runs. Far from marching towards a playoff birth, the men in pink are close to being ruled-out as contenders.

Having shown initial promise in the campaign, the Royals would be a bit worried about the form of their batsmen during the last fortnight or so.

What seems evident is Rajasthan’s over-dependence on their top-order. In the two games, they won at the start, Smith and Samson both got half-centuries.
Samson started the season well but failed to maintain consistency, which has happened with the opener in the past editions too.

RR’s middle-order has also been below-par this season and the think-tank might opt to promote Tom Curran, who looks in good touch with the bat.

Curran, meanwhile, also needs to support Archer while spinner Shreyas Gopal, who had a decent outing against Mumbai Indians, needs to keep the momentum going.

It’s 2020 and anything can happen. The Chennai Super Kings (CSK) started off their campaign in style, shrugging off the talks around Suresh Raina and Harbhajan Singh’s absence to defeat Mumbai Indians by five wickets in Abu Dhabi. But managed to win only one more in their next five games.

If early impressions are anything to go by, CSK are not looking good to keep their play-offs record intact. In the absence of Ambati Rayudu, their top order is struggling. Shane Watson, Murali Vijay and Ruturaj Gaikwad are not giving the team the good starts that they have relied on in the past.

MS Dhoni is finding it difficult to find the right combination as both their batting and the bowling isn’t firing. As Aakash Chopra points out, he is playing with only 5 bowlers for the first time in a long while.

There are concerns over Dhoni’s batting form and lack of clarity when it comes to the batting order. Spin had been their ultimate weapon but now it’s their biggest problem.
One of the primary reasons behind their struggle has been their middle-order batting.

CSK have scored at an average of 7.6 runs per over in the powerplays, the second-lowest among all eight teams, which further falls to 7.5 in the middle overs, also the second-worst this season. And with their template of taking chases deep, with Chennai batting second on all the occasions this season, the middle-order issue has posed a threat.