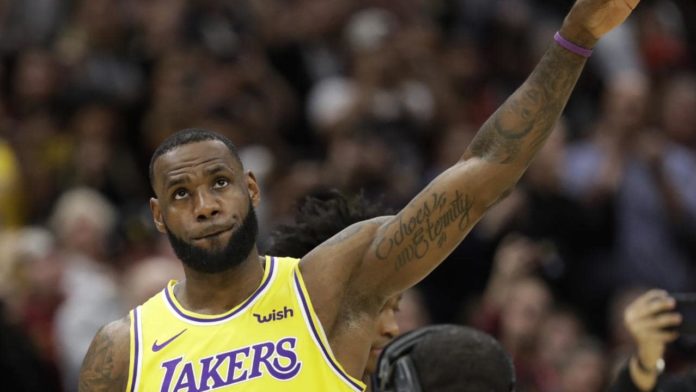 LeBron James has returned to Cleveland for the first time since he signed with the Los Angeles Lakers. There was a lot of anticipation as to how the crowd would react considering, eight years ago when he returned to Cleveland in Miami heat uniform, the crowd played Darth Vader theme song and chanted ‘Akron hates you’ throughout the opening game. 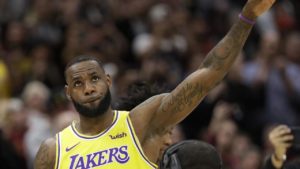 He was even cheered upon taking the court for pregame warmups and also during pregame introductions.

The video ended with a black screen and white letters that said: “THANK YOU LeBron“.

He got a hero’s welcome back in Cleveland and rallied the Los Angeles Lakers to a 109-105 victory over the Cavaliers and he scored 32 points, 14 rebounds and seven assists.

He told ESPN post-game in Cleveland: “My 11 years I played for this franchise I just tried to give everything I could both on the court and off the court to represent this city and this community with utmost respect.

“[I tried to] Be a role model off the floor, be a leader on the floor.

“To come back and get the reception I got tonight means a lot not only for myself but for my family and my friends that were here tonight and my family that are back home in LA as well.”

It’s true what they say about King James, what he does for his community and people is bigger than the game of basketball. Nothing will erase the goodwill he has done over these past years for his people.

LeBron’s stern warning to teammates: Don’t be around when my patience runs out