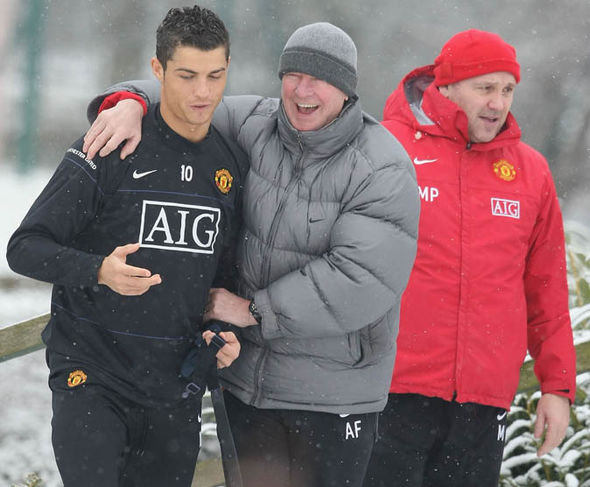 Tuesday night will be host to a high octane but emotional Champions League fixture where Juventus pays a visit to Manchester bringing with them a familiar face in those parts – Cristiano Ronaldo. 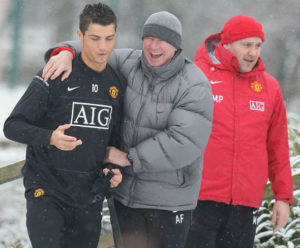 The red side of Manchester has fond memories of the Portuguese boy who lit up the Premier League at a tender age with flamboyant moves and memorable goals. Sir Alex Ferguson , the then manager of United signed him in the summer of 2003 after being convinced of his abilities during a pre-season fixture against Ronaldo’s former club Sporting Lisbon.

Ronaldo was expected to fill in the shoes of David Beckham in the long run but the pace and intensity at which the Portuguese took flight and started delivering top drawer performances was not forseen. Soon , the city forgot Beckham everytime a young Ronaldo touched the ball. His prolific form saw United win three Premier League titles, as well as the Champions League a decade ago.

Mike Phelan, who coached Cristiano Ronaldo during that spell, as revealed he always demanded Ferguson turn him into a blockbuster name.

“His demands were great – he wanted to be the world’s best,” Phelan said of Ronaldo during Ferguson’s time in charge.

“He understood that being at United gave him the profile he needed, the theatre to perform and to produce the football we all knew he could.

“He trained hard, played hard. His desire was as good as anything I’ve come across.”

Ronaldo is set to return once again to Old Trafford but in a rival kit but his love for United remains unfazed. Speaking in 2017, he admitted he missed the club and the competitiveness of the Premier League – at a time where Real fans were jeering him.

“I spent a lot of years at Manchester United and it [home fans booing] never happened to me. Not even once,” he said.