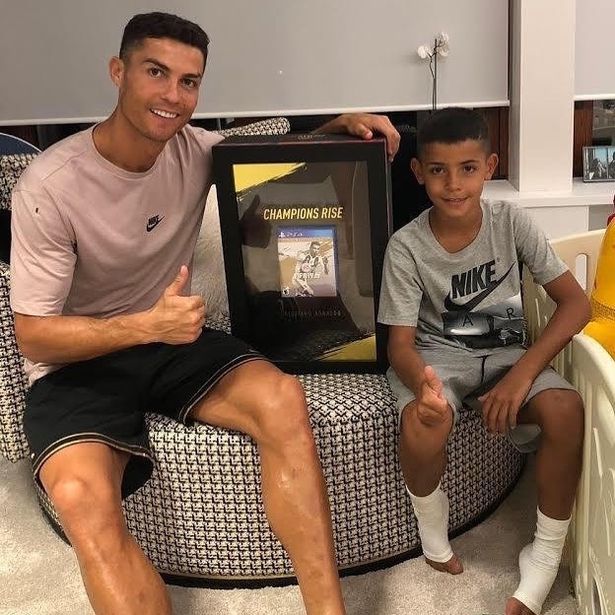 Arguably the best player in the world Cristiano Ronaldo has recently shared a video on Twitter, which has gone viral in minutes.
What’s in it? The video shows Cristiano Jr. scoring two brilliant goals for Juventus youth team, this Sunday. 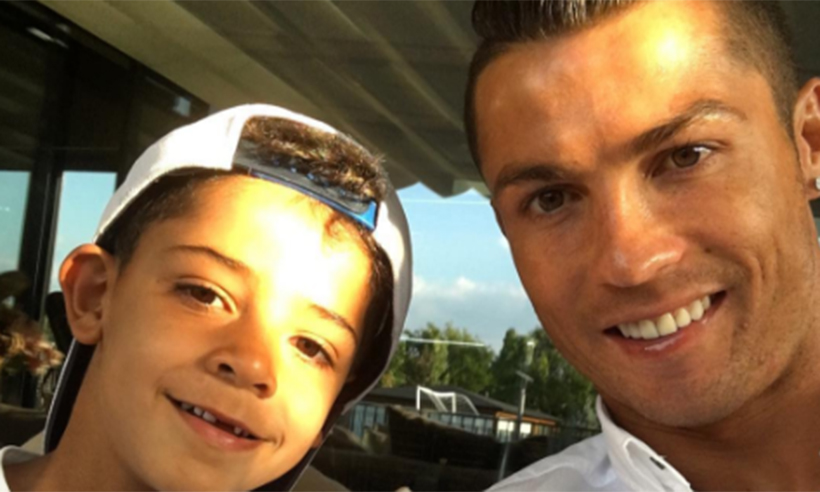 “I hope that Cris, my son, can be like his dad. He says he is going to be better (than me), but I think it’s difficult.”, Ronaldo once said about his son’s football career.
“I am very happy to have scored, for him too. He is playing for Juventus and adapting really well, it has been easier for him than for me.”
While Ronaldo was being unveiled as DAZN’s Global Ambassador, he quoted, “He’s very competitive, like me when I was young, and he doesn’t like to lose.”
“He will be like me I am sure, 100 per cent. I hope that with my experience with my motivation, my goals, I can teach him some stuff, but you know he is going to be whatever he wants.”
“I’m always going to support him, but of course I want Cristiano to be a football player because I think he has that drive.”
“He has a good body, he’s fast, he has skills, he can shoot, but as you know he’s going to make his decision and he’s so young, I’m not going to pressure him. But that is, of course, a dream, to see my boy a football player.”

In the video, Cristiano Jr. can be seen getting rid of his marker and cutting inside from the right flank then rounding off the goalkeeper before netting a beautiful goal. And in his second goal, a side-netted finish in the bottom left corner following a brilliant strike.