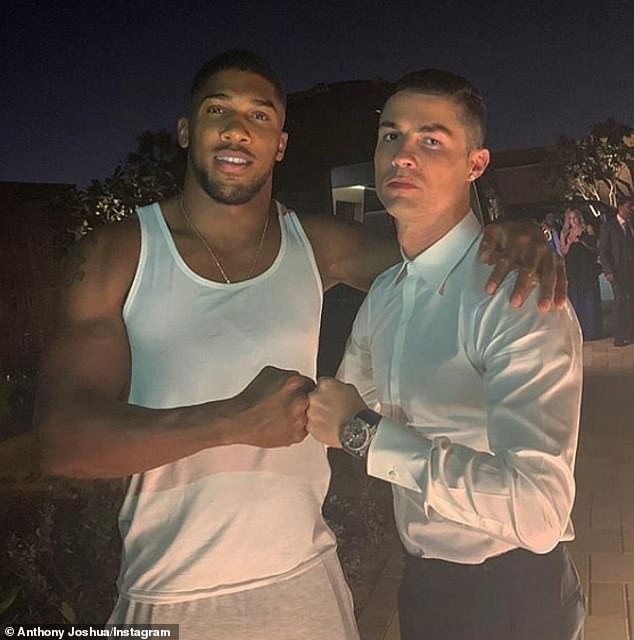 The biggest star in Boxing and current IBF, WBA and WBO world heavyweight champion  Anthony Joshua met with the biggest star in Football and Juventus attacker Cristiano Ronaldo and the pair shared the picture on Social Media.

Both guys were seen fist-bumping in the warm Dubai weather. The duo met up following Ronaldo’s night of success after he was crowned Player of the Year at the Globe Soccer Awards in the United Arab Emirates. 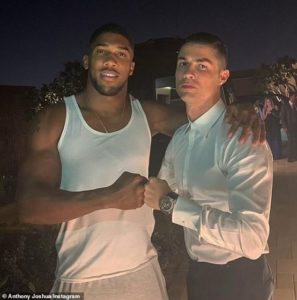 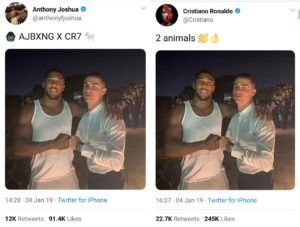 The Portuguese star attended the ceremony with fiancee Georgina Rodriguez and son Cristiano Jnr while Anthony Joshua was present in Dubai to celebrate New Year with his family.

Ronaldo will probably head back to Turin following Juve’s return to action, which sees them go up against Bologna in the last 16 of the Coppa Italia on January 12. Whereas Anthony Joshua is set to fight on April 13 at the Wembley Stadium against an opponent yet to be decided.

Juventus have been out of action since Ronaldo scored twice in their win over Sampdoria on December 29 and Joshua has been out of action ever since his last fight against Alexander Povetkin in September where the British star scored a brutal knockout win.