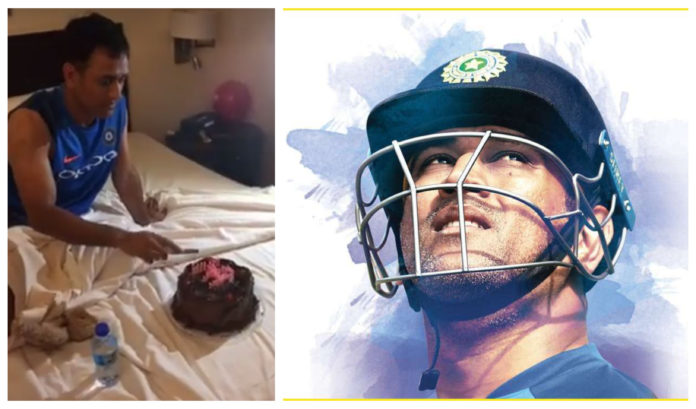 World cup winning skipper MS Dhoni celebrates his 39th birthday today and the world unfurled their love for beloved Mahi across all the social media platforms. Cricket organizations, teams, teammates, and pundits all came together with their birthday wishes for this one of a kind cricketer. 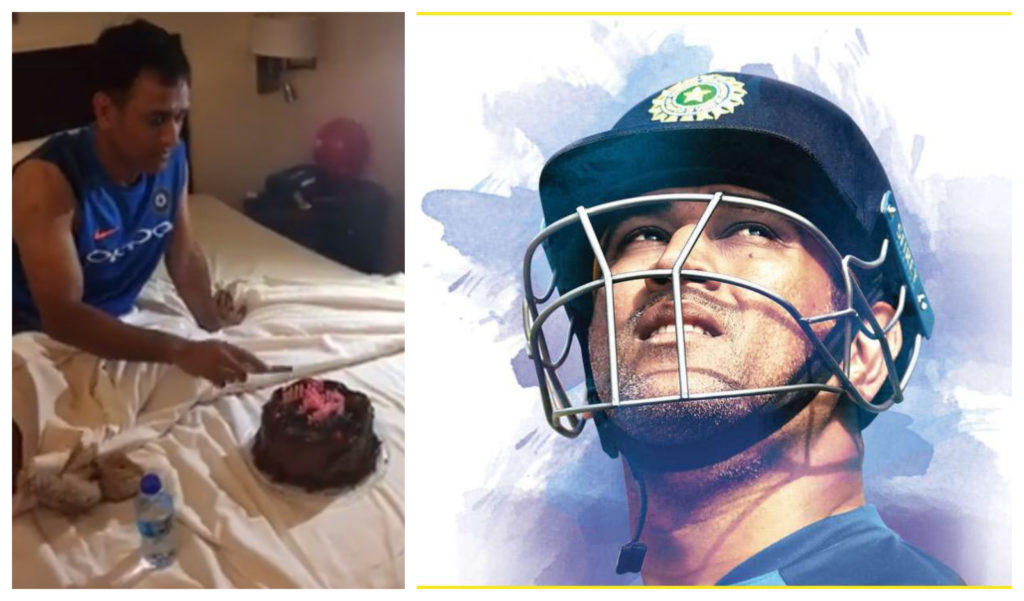 ICC released a video montage which portrayed the love the former Indian skipper got from the crowd irrespective of the location. It also included excerpts from Mohammad Shahzad, Ben Stokes, and Virat Kohli who spoke about MS Dhoni.

"I don't think anyone will ever be as good as him."

A very very Happy Birthday Mahi bhai. Your ingenuity and calmness are absolutely flawless and make you the gem of a person you are. Honored to have played alongside you and more importantly spending time off the field which is always special @msdhoni pic.twitter.com/2n1A3tDu06

I still remember how happy I was when I first laid eyes on you. I’ve been proud ever since. Happy birthday mahi bhai 😍😍🎂🎂 @msdhoni pic.twitter.com/omg6X5pmmV

West Indies all-rounder released a song in honour of MS Dhoni on the eve of his birthday while Kedhar Jadhav penned a heartful letter for his skipper. Long-time teammates Suresh Raina and Ravichandran Ashwin too chipped in with their wishes.

1hr to go!! Look out for full vid .. the helicopter 🚁 about to take off for my brother birthday @msdhoni pic.twitter.com/9SF1EDSP7s

Couldn’t find a better phrase to define @msdhoni , happy birthday Mahi bhai 🎂🎂 , have a great day and continue to inspire all of us. pic.twitter.com/02khV8EnuO

The current skipper of the nation and deputy Virat Kohli and Rohit Sharma respectively wished MS Dhoni. Kohli produced a montage of their moments together from the 2019 ICC World Cup and 2017 Champions Trophy while Rohit Sharma opted for a more “cool” approach.

Happy Birthday Mahi bhai. You have been an inspiration to an entire generation. Wishing you on your special day with lots of happiness and joy. Lucky to have you around and grasp those tips from the living legend himself #captaincool ❤️@msdhoni pic.twitter.com/7aohkzjJ9U

This man had a cool head and made sure everyone around him also did! #HappyBirthdayMahi @msdhoni pic.twitter.com/sKKn3s3r1M

Happy birthday Mahi bhai @msdhoni have a blessed year ahead. Wishing you good health, happiness and success in the coming year. #HappyBirthdayMSD pic.twitter.com/94jF7BNi8g

Happy bday to a legend, an inspiration to me and many more. Have a good one Mahi bhai 🎂🤗 pic.twitter.com/ozEZBYjn9r

Happy birthday Mahi bhai. I hope you have a wonderful and a fantastic day. Thank you for being such an amazing human being. God bless you. ❤️💯 pic.twitter.com/BZ1Za759FM

May God bless you and have a wonderful year ahead @msdhoni#HappyBirthdayDhoni pic.twitter.com/Lk0VEusvkK

I cherish every moment spent with you on the field and off it. You have inspired me with your actions. Your understanding of the game is unmatched. Wish you a very happy birthday. @msdhoni #HappybirthdayDhoni pic.twitter.com/6RW3hzjkeI

Leave your wishes for the legend in the tweets below 👇#HeroISL #LetsFootball #CWC19 #HappyBirthdayDhoni pic.twitter.com/c4hGndhzEu

Despite often being on the winning side against IPL franchises, the sides can’t help but appreciate Dhoni’s greatness.

We know this is one of the 3915316 times you'll see this image on your timeline today, but aaj toh banta hai bhai 😁

Here's wishing one of the best to don the #TeamIndia blue, @msdhoni, a very Happy Birthday ✨#HappyBirthdayDhoni #MSDhoni pic.twitter.com/Cmz5p5gVZ1

Mahi bhai! Happy birthday to a legend and the coolest guy around 😎 #HappyBirthdayDhoni @msdhoni pic.twitter.com/7gzHcdLWZT

Wishing you a very #HappyBirthday Mahi bhai!! @msdhoni
Have a great quarantine birthday! Thank you for being a great mentor all these years. 🎂

Wishing the best for you on this special occasion! pic.twitter.com/7PItnRicWn

Elder brother, mentor and one of my favourite batsman of all time. Wishing you a very happy birthday @msdhoni bhai.😋🎂🙌 pic.twitter.com/udWmKWH50S

Happy birthday @msdhoni sir. Thank you for giving us so many great memories which we can cherish for the rest of our lives. Have a great day & fabulous year ahead. God bless. 🎂🥳🎉🎈#HappyBirthdayDhoni pic.twitter.com/V5SBQa1WY9

Wishing a very Happy Birthday to the Captain cool, @msdhoni.
Hope to see you soon on the field with those helicopter shots 😄#HappyBirthdayDhoni pic.twitter.com/VVaWWVSNWu

Wishing you a very happy birthday @msdhoni. Best wishes for the coming year! Thank you for always inspiring us
on and off the field! pic.twitter.com/9ICMQMbGho

I will fall shorts of adjectives and words if I begin writing for this man. So here's a plain simple wish. Happy Birthday Mahi Bhai. Keep smiling and continue being the calming influence that you are 🙏 @msdhoni#HappyBirthdayMSD pic.twitter.com/Xoph3EtC53

Born in 1981, Dhoni made his International debut in 2004 and was handed the captaincy in 2007. The 39-year-old became the first captain to win all of the three major ICC trophies. The boy from Ranchi bowed out of test cricket in 2013 and handed over the captaincy reigns of limited-overs cricket to Virat Kohli in 2017.

Dhoni’s quick work behind the stumps, his presence of mind, the cool demeanour, his finishing skills are only a few attributes out of several which has captured the hearts of millions. The wicket-keeper batsman was last seen in the 2019 World Cup, where the team were agonizingly knocked out by the Kiwis in the semi-finals.