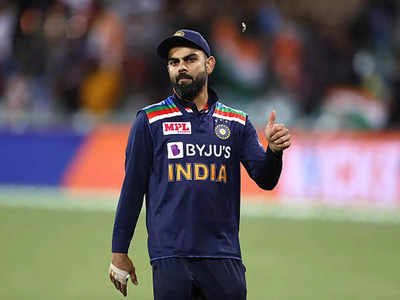 On Thursday, Indian Skipper, Virat Kohli, announced that he is going to quit being a captain of the Indian team for the T20 format after the ICC T20 World Cup that is to be held at UAE and Oman this October. He remains the Indian team’s captain for ODI.

The 32-year-old cricketer made the decision after consulting Ravi Shastri and Rohit Sharma. He stated workload management for his decision to quit.

In a long post to his fans, he wrote about working nonstop under pressure for 8-9 years. Being captain of the Indian team was a lot of work and Virat now needs some time to breathe so that he can be in a good shape to lead the team to victory in the ODI.

Irfan Pathan, India all-rounder, hopes that Virat can win the World Cup this year and cement his legacy. He praised his leadership skills in the Tests but was quite taken aback with the sudden call.

The timing of the announcement has definitely surprised me because you normally take such calls after a tournament. I wonder what will happen if we go on to win the T20 World Cup.

He has been a wonderful leader and we have seen what he can do in Test cricket in terms of leadership. There will obviously be questions of him not winning ICC tournaments, but I am sure he has taken the decision after a lot of thought.

It is not an easy decision for anyone, but I hope that for the legacy of Virat, we win this World Cup. I hope he can finish it in style by winning the title.

It is a little surprising that the decision was announced before the T20 World Cup. But then, the stress he must be carrying due to the bubble life and moving on from one bubble to another (could have also impacted). It is clearly visible and that has impacted his mindset”, said former Chief Selector, MSK Prasad.

Well Done… that’s a very unselfish decision and also one which will give you some nice space to hopefully relax a little away from all the pressures.