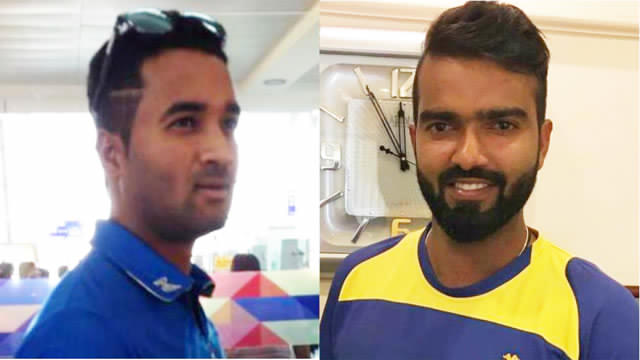 Two top domestic players of India, CM Gautam and Abrar Kazi have been arrested by the Central Crime Branch Bangalore, for allegedly participating in the Karnataka Premier League fixing scandal. The duo play for Bellary Tuskers and were paid “Rs 20 lakhs for batting slow” in the final match against Hubli, according to CCB sources. Gautam, a regular in the Ranji Trophy joined Goa this season while Kazi, representing Mizoram, is also a seasoned campaigner.

Back in September, the head of Belagavi Panthers, Ashfaq Ali Thara, was arrested due to his connection with the international cricket bookies and a number of people involved in the KPL cricket betting scandal have been taken down by the CCB since. Bengaluru Blasters’ Vinu Prasad and M Vishwanathan were caught on account of cheating and conspiracy, and earlier this week, Nishant Singh Shekhawat, another KPL player was arrested for helping bookies to contact players and coaching staff of the teams.

CM Gautam on the other hand, tried his luck in the IPL, playing for Royal Challengers Bangalore, Mumbai Indians and Delhi Daredevils, and along with Kazi, was even selected by their state squads for the upcoming Syed Myshtaq Ali T20.

According to reports, Kazi was with the Mizoram team before he went back to Bengaluru a few days ago, as one team-member mentions, “We have no clue about the arrest. We are waiting to hear from the police or the association.”

The police however, claim, that the investigations won’t stop and further more arrests are likely to happen.