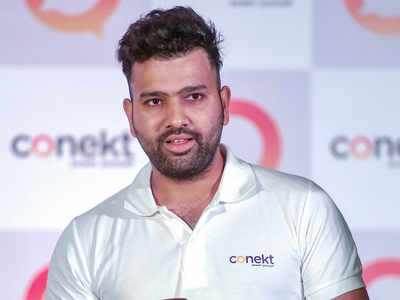 Indian cricket team’s limited overs opener Rohit Sharma who is regarded as one of the most explosive batsmen in the format has said that he would be ready to open the batting in tests if an option on that s considered in the future. 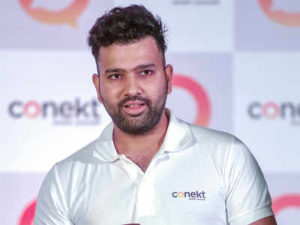 The Indian team is currently facing an uphill task of saving the test series after losing the first two tests vs England. The Indian opening trio of Murali Vijay, KL Rahul and Shikhar Dhawan haven’t fared well so far in the English conditions.

Murali Vijay who is regarded as the safest option while opening the innings overseas couldn’t opening his account in the second match, falling for a duck in both innings. KL Rahul who was given the nod ahead of Pujara in the first match too hasn’t justified his position in the starting eleven after failing in both the matches. Shikhar Dhawan was dropped from the starting eleven after flopping in the first match.

With all the 3 openers putting up a disappointing show, Rohit Sharma was posed a question on whether he would open the innings if needed.

“Look, I have never been offered (to open the innings in Tests) yet but I am open to anything as in whatever the team management wants. I never thought I will be an opener in ODIs when I started playing or when I was playing for India. But it happened along the way, so I (want to) keep my options open. No option is shut for me, so if the opportunity comes, I will take it,” Rohit said.

“I want to be part of the (Test) team, but it is not in my hands. I have to wait for the opportunity, whenever it comes, I have to be ready for it. To be ready, I am doing everything, training, doing as much as possible to give myself the best chance when the opportunity comes there,” he added.

Also coming to the defence of the team, Rohit Sharma added that all was not lost and a comeback is still possible.

“Yes of course, we have to believe that we can do it. It’s not going to be that easy. We have done it in South Africa we lost the first two Test matches and then we bounced back in Johannesburg and won that Test match,” said Rohit.