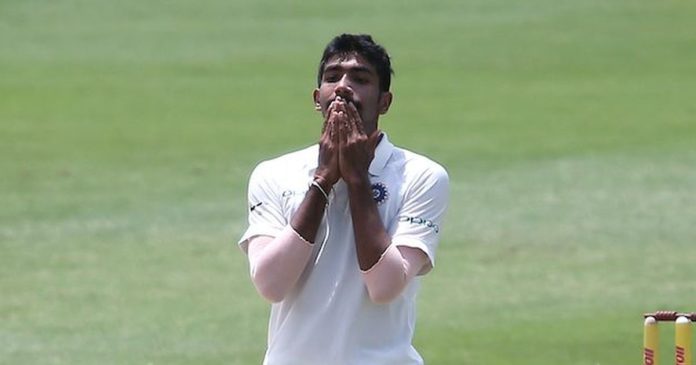 Part of the commentary panel in the ongoing test series between England and India, veteran West Indies pacer Micheal Holding has said that he doesn’t regard Bumrah as a new-ball bowler and wouldn’t prefer him for the series. 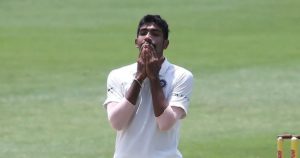 Holding has had a week to forget in the social media after his comments backfired and was made to be on the receiving end. Holding for the first time on Twitter had expressed his views saying that Hardik Pandya is not a test all-rounder and also nowhere close to the great Kapil Dev. He also went on to say that Bumrah wasn’t a new ball bowler and he wouldn’t have considered him for the series.

Following these comments, Holding has had to face some huge trolls from the fellow Twitter users. Adding petrol to fuel Pandya and Bumrah too shined in India’s win with each picking up a 5 wicket haul in the match.

But on his chat with TOI, Holding offered to reiterate his views on the two bowlers, who were the intergal part of India’s win.

“I would still not have him (Bumrah) as my opening bowler. Ishant Sharma and Mohammed Shami do a bit more with the brand new ball and they will remain my opening bowlers in Bhuvneshwar Kumar’s absence. What I have seen his he can get the ball to straighten from wide of the crease and is more effective with a slightly older ball,” said Holding

He also further went on to clarify his comments on Hardik Pandya firstly praising him for his performace and then saying that he shouldn’t be known the next Kapil Dev, but the first Hardik Pandya.

“Please go back and listen to or read what I have said about Pandya. I was more critical of the people who were telling me he is the next Kapil Dev, not of Pandya himself. I have gone on to say that he is not the man to fill that sort of role as yet, batting at No. 6 and bowling. What I am glad also to see is that I read somewhere that he had said he doesn’t want to be known as the new Kapil Dev; he is Hardik Pandya, which is the right attitude,” said Holding.

Adding on to his statement Holding said that, “He (Pandya) only bowled 10 overs in the entire first Test (Edgbaston) and 17 in the entire second Test where the seamers on both teams were making the ball talk and batsmen were struggling. He got no runs in either of the first two Tests as well. He bowled a lot more in the third Test and maybe that is down to the fact that he got a wicket with his first delivery, which then convinced his captain to give him more overs than in the first two Tests.”

The new energized India will now take on England on Thursday in a bid to square the series and take the series to the final match.