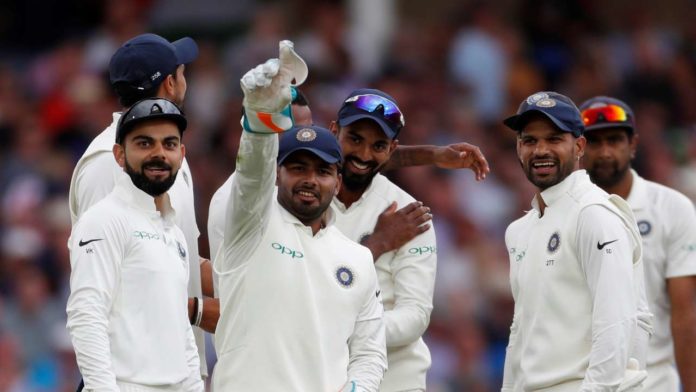 Captain Virat Kohli once again led the team from the front as he scored his 23rd century to set the host’s a target of 521 to chase in the 4th innings. 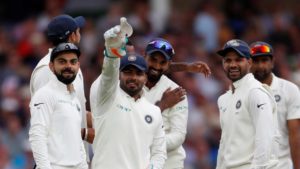 India kicked off day 3 at 124-2 with a lead of 292 runs. Kohli and Pujara continued from where they left off on the previous day to get India off to a brisk start. Both secured their fifties in the first session and increased the lead further to stamp their authority on the host’s.

Post lunch, the pair showed no signs of stopping as they continued to building their huge partnership and kept piling on the lead. Pujara eventually fell for 72 after holding to Cook in the slips.

Rahane who followed Pujara then continued where he left off in the first innings to start scoring his runs. In the course of the partnership, Virat reached his 23rd test century after being handed with a couple of chances on the way through to his landmark.

Following his century, Virat did not last long and fell for 103 to Woakes who trapped him plum before the wicket. Pandya then joined with Rahane to score a quick fire 50 and take the lead to 520 before declaring the innings.

England then needed to bat out 8 overs in the day to ensure that they went to stumps without losing a wicket. They negotiated it scoring 23 runs in the process.

England now stand on 23-0 at the end of day 3 with them needing another 498 runs to secure a win. With only one result expected from here, India will be hoping to wrap up the game quickly by tomorrow and get their first win of the series.

But has this test match got any more twists and turns? Let’s wait and watch.