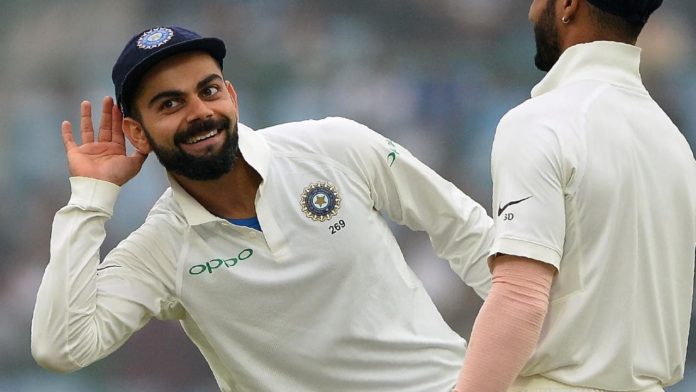 The previous tour saw both Kohli and Johnson involve in a verbal spat. This time around, the former wishes the bat to do all the talking.

With just 5 days remaining for the tour of Australia to kick off, Indian captain Virat Kohli, who addressed the media before departure said that he wanted a sledge-free tour of Australia but was also ready to fight fire with fire on the landmark series. 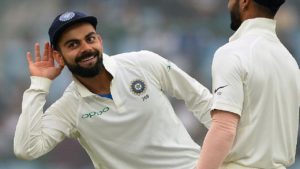 Kohli, who is famously known for spicing up the game on field has said that his team will depend on the ability over aggression on the upcoming tour.

“When it comes to getting engaged in an argument on the field, or in a fight as people want to call it excitedly, I have been completely OK playing without an altercation. I have enough belief in my ability to play without a reason to pump myself up. Those were very immature things that I needed to feed on in early days of my career,” Kohli told a press conference ahead of the team’s departure.

The Australian team however will not post the likes of David Warner and Steve Smith following their suspension from the game. This will see their side showcase a completely changed culture on the field. But no tour of Australia ends smoothly.

“If they want to play a certain way we will reciprocate in that way, that’s how the game of cricket goes,” Kohli said.

Meanwhile, former Australian fast bowler, Mitchell Johnson, who has had a history with Kohli, put out a tweet to reignite the old feud with him. The pacer took to twitter to post, “I look forward to no Virat send offs,” stating that he doesn’t ready to buy Kohli’s words.

🤣 I look forward to no Virat send offs 🤥

We will have to wait to see whether Kohli, who is currently in the form of his life, renews his old feud with Australia or lets his bat do all the talking. The tour down under begins on 21st November with the T20 series.

India will also look to take advantage of this weakened Australian team and post their first test series victory down under when the Border-Gavaskar Series commences on 6th December.