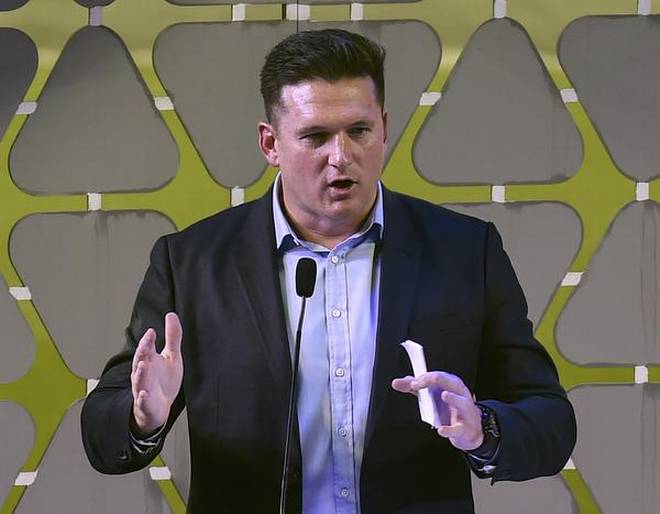 Former South Africa skipper Graeme Smith delivered the Jagmohan Dalmiya memorial lecture at the Eden Gardens, during which he thanked the late former ICC President for his inputs to help South Africa return to the sport.

Over the course of his talk, Smith lauded the current Indian crop and felt the solid domestic base is the primary reason why the Blues churn out incredible talent. The former left-handed batsman cited wicket-keeper batsman Rishabh Pant as an example to state his point.

Moreover, Smith also praised Rahul Dravid for his instrumental role in shaping the talent at the U-19 level. He also went on to express his amazement on how the Indian bowling line-up has evolved with the team not possessing only “one outstanding bowler” anymore. Smith particularly emphasised his surprise on India’s inability to win overseas test series. He said:

“They [India] will be disappointed that they have not won a Test series in South Africa and England. Certainly, the ability is there. I think they can challenge teams in their own conditions. They have the talent and ability to do well in Australia.

“India’s seam attack is one of the best that we have seen. Not just one, but the whole attack is outstanding. You now have young seamers who can hurt the opposition,”

The South African proceeded to talk about the impact of Kookaburra ball on the longest format of the game. Smith feels that the inability of the ball to stay hard affects the game. He added:

“The Kookaburra balls, in particular, is letting people down. It’s a ball that softens and does not swing for a long period of time. I think Test cricket cannot afford to have boring draws.

To conclude, Smith added that test cricket requires more players like Kohli, who despite the evolution of the game with fancy shots, sticks to the basics with unparalleled passion. Smith stated:

“World cricket is lacking a huge amount of superstars. Maybe one or two in England. I think Virat [Kohli] is that guy [superstar]. The fact that he loves Test cricket and puts in performances, it keeps Test cricket relevant in a country that loves the game with IPL and other T20s. It’s huge for the game.”