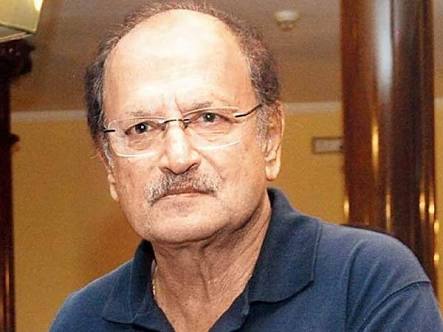 Former Indian captain Ajit Wadekar who led team India to historical test wins against England and West Indies in 1971 passed away yesterday in Mumbai due to prolonged illness. 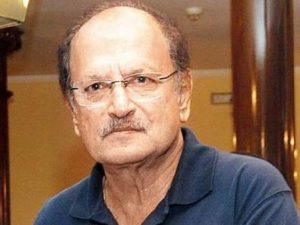 Wadekar who was 77 years of age is survived by his wife, 2 sons and a daughter.

“He was critically unwell for sometime and was seeking treatment for the same,” read a statement from the Jaslok Hospital in south Mumbai.

His last rites is set to take place on Friday confirmed members from Wadekar’s family.

Ajit also takes the pride in being the first person to captain India in ODI cricket. Even though he retired from cricket in 1974, he came back as the team’s manager in the 1996 world cup leading them to a semi final finish.

Here are some of the tweets from former and current players who expressed their condolences for the great man.

Ajit Wadekar’s impact on Indian cricket is immense. His contemporaries worshipped him, such was his aura. Found him to be a tough character as coach. Exceptional Indian cricketer… RIP Sir.🙏
Recorded this on my iPhone last Dec from Point in a friendly fixture. So glad I did. pic.twitter.com/XbdFGn4Izp

Ajit Wadekar will be remembered for his rich contribution to Indian cricket. A great batsman & wonderful captain, he led our team to some of the most memorable victories in our cricketing history. He was also respected as an effective cricket administrator. Pained by his demise.

So many memories of Ajit Wadekar. None more powerful than leading India to series wins in 1971 in England and the West Indies. Much admired, much loved. Page in Indian cricket and in our memories.

Deeply saddened to hear about the demise of Ajit Wadekar Sir. He was someone who was instrumental in bringing out the best in us during the 90s. We’ll always be grateful for his advice and guidance. Praying for strength for his family during this difficult time. 🙏 RIP pic.twitter.com/coSyac73ot

Deeply saddened by the demise of an iconic Indian cricketer Ajit Wadekar ji. Thoughts with his family and close ones. May his soul rest in peace.

Great lose to the Cricket fraternity.. my condolences to his whole family RIP Ajit Wadekar sir

Extremely sad to hear the demise of Ajit Wadekar Sir. Indian cricket team achieved so many great victories under his captaincy. Condolences to the family. RIP sir

The man who led the original Indian cricket Revolution in 1971 in West Indies and England is no more. Ajit Wadekar RIP.

With a heavy heart we bid adieu to Ajit Wadekar. The former India captain is no more. Cricketer, Coach, Manager and Chairman of Selectors – Mr Wadekar served Indian cricket in many different ways. pic.twitter.com/6zdFtleXB9

This is sad news.
The great Ajit Wadekar is no more.

You will be missed dear captain.#AjitWadekar

#AjitWadekar sir .. such an iconic person..deeply saddened by his demise!! Sir was a father figure for me.. May his soul rest in peace! My Heartfelt Condolences to the family..⁦⁦@BCCI⁩ pic.twitter.com/xLMb2i82B2

Deeply saddened by the passing away of #AjitWadekar He was more than a coach to the entire team – a father figure and a shrewd tactician. My heartfelt condolences to his family and loved ones. He will be missed. Thank you Sir for the confidence shown in my ability! 🙏

Really sad to hear about the demise of such a legendary player. Always so inspiring to so many budding cricketers. Rest in peace #AjitWadekar Sir. My condolences to his family.

Saddened by the passing away of #AjitWadekar Sir. May his soul rest in peace.

Sad at the passing of Ajit Wadekar, one of Indian cricket’s finest left-handed batsman and captain during the iconic overseas test victories in 1971 in the Caribbean and England. Condolences to his family and to the cricket fraternity #PresidentKovind

Saddened to learn about the demise of Mr . Ajit Wadekar, my sincere condolences and may his soul RIP.#AjitWadekar

REST IN PEACE #AjitWadekar ji. You will always be remembered as one of the finest captain in the history of Indian cricket. My Heartfelt condolences to family and loved ones. pic.twitter.com/QUM9JnwjbG

He was an institution in himself and India has lost a prolific cricketer with his demise.

Really sad to hear about Ajit Wadekar’s demise…will always be remembered as the first man who led India to victories in West Indies and England in 1971. Cricketing world will miss you Sir. R.I.P.

Ajit Wadekar Sir always had interesting insights to offer me when I met him. One such instance was when he said, "Play the way you are playing and play Khadoos" 🙂
Will miss you Sir… 🙏 pic.twitter.com/InmyJZvK2H

Deeply saddened by the news of the demise of #AjitWadekar. One of India’s finest left handers and the captain who led India to victories in England & West Indies in 1971. Sir, your contribution to Indian cricket has been immense. Condolences to your family. RIP. 🙏