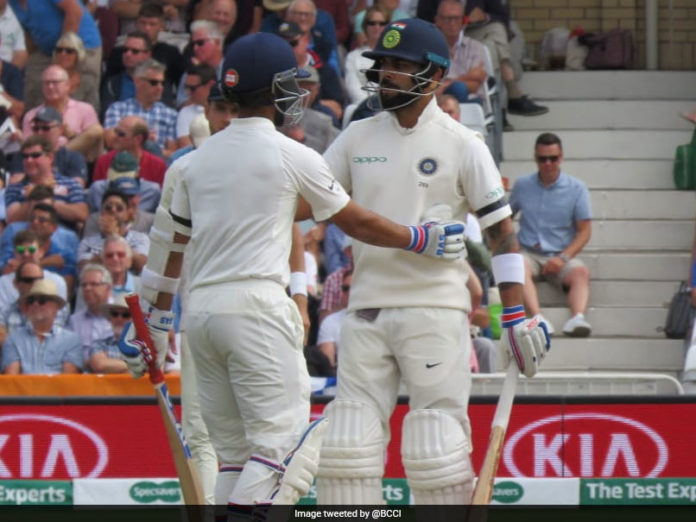 Team India put up a brave fight on display vs England to post a total of 307-6 at stumps in the first day of the 3rd test match vs England at Nottingham. 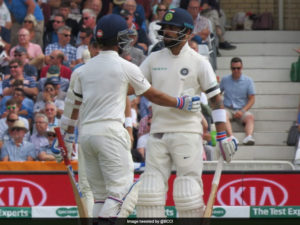 Following a poor show in the first two test matches, India needed to display their best brand of cricket if they were to take away anything from the series.

The host’s won the toss and put in the opposition into bat, trying to make use of the green pitch that was present. The team sheet saw Stokes replace Curran for England while in the Indian camp Vijay, Kuldeep and Karthik made way for Dhawan, Bumrah and debutant Rishabh Pant.

Opening the batting, Dhawan and Rahul took team India to a solid start putting a 60 run partnership for the first wicket. Chris Woakes then struck back removing both the openers and Pujara in quick successions to leave the visitors reeling at 82-3 before Lunch.

Coming back from the break, India dominated the second session via Virat Kohli and Ajinkya Rahane. The duo put on 159 runs for the 4th wicket which saw both reach half centuries. The second session saw India score 107 runs at a steady pace without losing a wicket.

The pair then continued their solid partnership with both setting sights on a century. But the luck wasn’t on their side as Rahane fell for 81 following Cook’s stunner at 1st slip. Virat too was left dejected after he threw his wicket away to Adil Rashid  when on 97.

Following both their dismissals, Hardik Pandya and Rishabh Pant who was on debut combined to take India to stumps without losing any further wickets. Pant who is known for his explosive hard hitting opened his account with a six of Adil Rashid.

He then continued to play briskly and stood on 22* at the close of play. His partner Hardik fell in the fag end of the day to leave the visitors at 307 for the loss of 6 wickets after 87 overs of play.