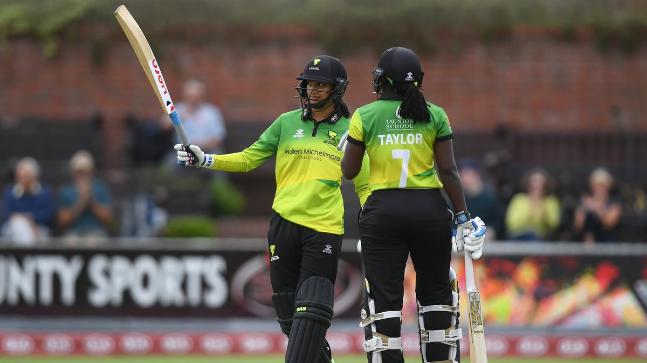 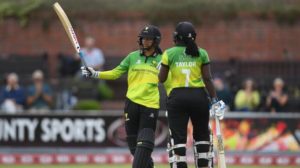 New Zealand’s Sophie Devine holds the record of a half-century off 18 balls, set against India during a T20 International in 2015, which has been equalled by Smriti. The Indian blasted a 19 ball 52 overall.

Her team beat the league leader by 18 runs in a curtailed six over-a-side match on Saturday night. Western Storm posted 85 for two in six overs as Mandhana blasted four sixes and five fours during her 19-ball knock.

She started with a sixer and then hit Devine over long-on for another maximum in the next over and then drove Jenny Gunn to the long-off boundary, followed by an exuberant drive through covers at the expense of Kirstie Gordon. Mandhana hit another big six off Georgia Elwiss over long-on and her fourth maximum off Lynsey Smith took Mandhana equal with the fastest half-century record.

Cricket: MS Dhoni doing stunts on a bicycle goes viral on the internet