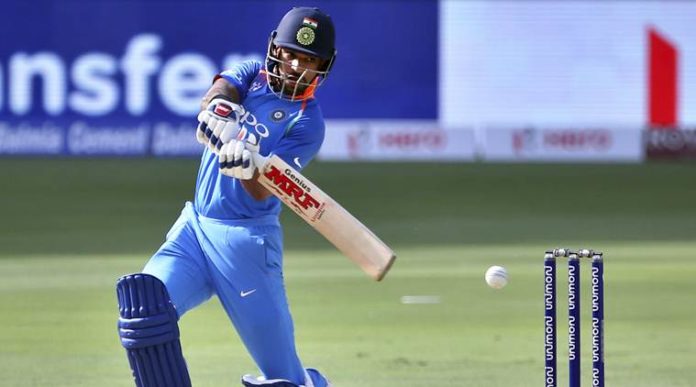 Indian opener Shikhar Dhawan who had a forgettable tour to England last month has once again regained his prime form in the ongoing Asia cup. Dhawan has so far been sensational with a bat, standing as the leading run scorer with 213 runs which includes a century vs Hong Kong.

With India getting through to the super 4 stage of the tournament, they took on Bangladesh on Friday in a bid to move one more step closer to the elusive title. The match not only saw India thump their opponents in a convincing manner but also saw Dhawan take 4 catches in the course of the innings.

Dhawan who was involved in the dismissals of Nazmul Hossain Shanto, Shakib Al Hasan, Mehidy Hasan and Mustafizur Rahman achieved this unique record of picking up 4 catches in an innings of ODI cricket.

This feat now puts Shikhar Dhawan in the company of some of the legends of the game.

Following this emphatic win, India will now lock horns against arch rivals Pakistan for the second time on Sunday as they look to keep their 100% winning record intact.