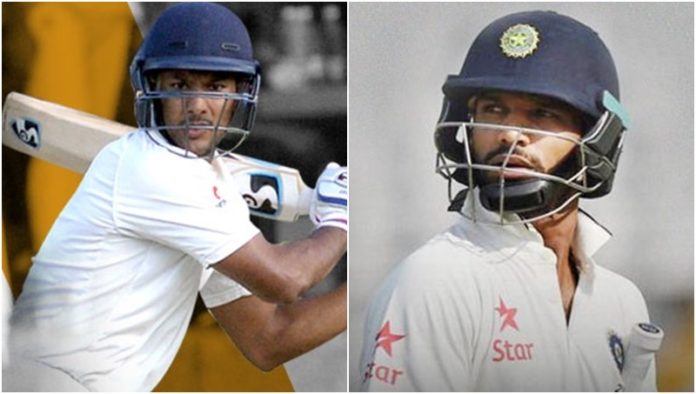 The BCCI announced the 15-man Indian squad for the two-match test series against West Indies. The management rewarded Mayank Agarwal with a maiden call-up to the national side after an impressive calendar while openers Shikhar Dhawan and Murali Vijay were axed following their poor outing in England.

The selection committee also made the decision to rest pacers Bhuvneshwar Kumar, Jasprit Bumrah, and Ishant Sharma with Shardul Thakur and Mohammed Siraj taking their place in the squad with Mohammed Shami as the spearhead of the attack.

Meanwhile, late call-ups to the England tour, Hanuma Vihari and Prithvi Shaw managed to retain their place in the eleven as Karun Nair was omitted from the squad in a surprising move.

The spin department although was not changed and it will be shouldered by the trio of Ravichandran Ashwin, Ravindra Jadeja and Kuldeep Yadav.

The exclusion of Hardik Pandya and Ishant Sharma was elaborated by the BCCI Acting Secretary Amitabh Choudary in a statement which read:

“Both Ishant Sharma and Hardik Pandya were not considered for selection, as they are yet to recover from their injuries”.

Moreover, he also claimed that the “workload” on Bhuvneshwar Kumar and Jasprit Bumrah made the selectors opt for the decision to rest the duo.

West Indies’ tour of India begins with the 1st Test in Rajkot on October 4th.