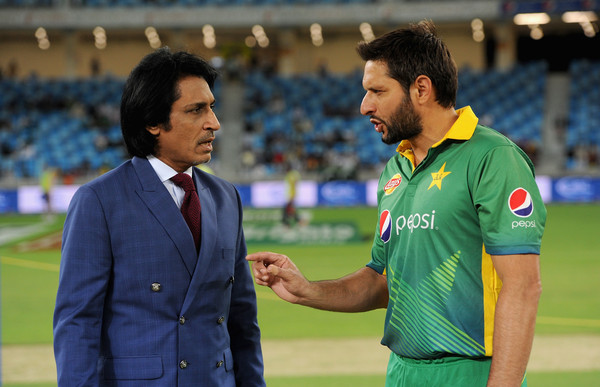 The meetings between Arch-rivals India and Pakistan have reduced to only ICC competitions as the ties between the nations remain frosty. The neighbours last played a bilateral series when Pakistan toured India for a limited over series comprising of 2 T20’s and 3 ODI’s.

Meanwhile, it has been over a decade ever since these two teams faced off in the longest format of the game and with the tensions amongst these two countries, Shahid Afridi claims that an India-Pakistan test series will be bigger than the historic Ashes.

The senior all-rounder said to NDTV:

“The Ashes series played between England and Australia is considered as the fiercest rivalry but a five-match Test series between India and Pakistan can be bigger than that.”

Fellow former Pakistan batsman and current commentator Rameez Raja also stood by Afridi’s comments while adding the fact that a series between these two teams might add jest that the red ball cricket lacks as of late. Raja said:

“First of all, Pakistan need to up their game against India. India-Pakistan matches will be hot-sellers. If you want to save Test cricket, India and Pakistan have to play each other. It has a different buzz and vibe. Players will learn the art of playing under pressure,”

These comments stem from the fact that the ICC denied PCB’s compensation claim of USD 70 million over an MOU which claimed that the two nations will play a total of six series over the course of eight years ranging from 2014-2022.

R Ashwin with a strong message to his detractors: Don’t doubt me!