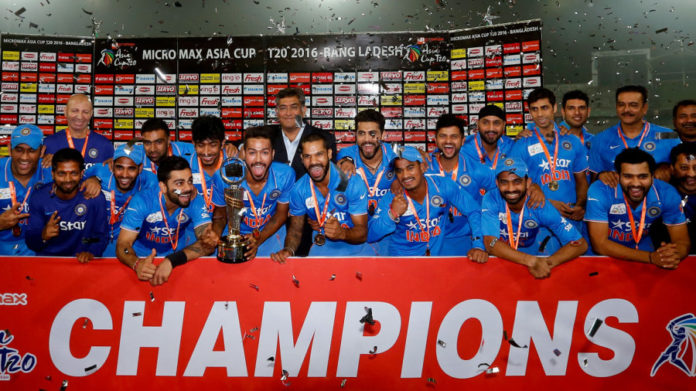 India’s cricketing legend Sachin Tendulkar was on full praise for the Indian team for their recent triumph in the Asia Cup. Sepaking to the media after flagging off the IDBI Federal Life Insurance Mumbai Half Marathon from the Jio Gardens in suburban Bandra Kurla Complex, praised India’s win saying that it was a complete team effort. 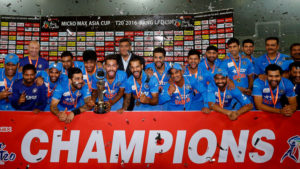 “I did not see all the matches. Whenever I see, I feel happy for the way we (Indian team) are performing”, Tendulkar told reporters. “I will give the credit to the whole team. Individuals come and perform well, some players play the series well, some players cannot perform as desired but eventually I’ll say that I feel happy after seeing the team effort,” Tendulkar said.

India had a stellar of a tournament as they didn’t lose a single encounter on their way to the elusive title. In the finals they edged past the Bangladesh side of the last ball with three wickets to spare.

“I would like to congratulate everyone. Eventually what you want is a good team effort and that the team has performed well,” said Tendulkar.

He also batted for a healthy India and advised everyone to stay fit. “…the bigger picture what we are looking at is the good health of India, getting used to living a healthy lifestyle, looking after your health and staying fit.

“I was brought up by my grandmother who used to say that your health is your real wealth and the same message I would like to give to the entire nation. Look after your health and stay fit,” he said.

Cricket: Drug testing row goes global as BCCI refuses to back down