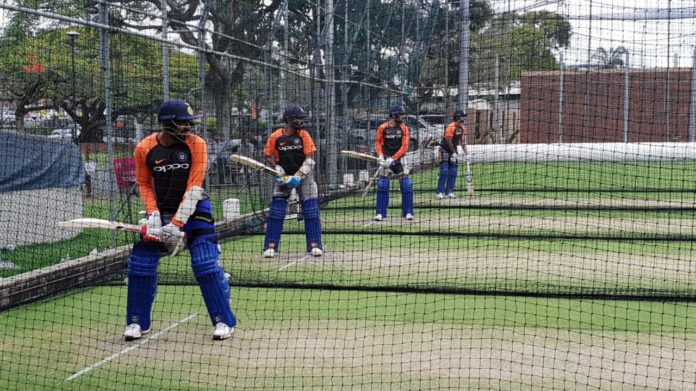 India’s limited overs vice-captain Rohit Sharma on Monday said that the men in blue want to leave a mark in Australia when the tour kicks off on November 21st. Indian players reached Australia ahead of the first T20I set to take place on Saturday and had a net session training at Gabba, in Brisbane on Sunday. 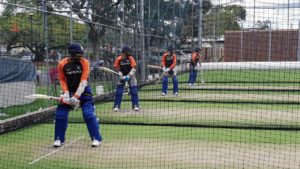 Speaking to a news conference on the tour, Rohit said that the team were looking to better their performances when compared to the 2014/15 tour.

“It’s the one place that we want to leave our mark and do well as a unit. The last time we played Test series here _ although we lost two games and we drew one game _ I thought there were a few close games being played,” Rohit said.

Sharma then said that this Australian would be dangerous in their home territory and only if the visitors performed as a single unit they could post a challenge.

“Australia in Australia will always be dangerous without a doubt. In places like Australia you want the whole unit to come together, that is our focus,” he said. “We don’t want few individuals to step up, we want whole lot of guys to put their hands up and take up the challenge. So, we want everybody to step up and make it count. We have some quality bowlers, in particular, spinners, so we will try to challenge them with our spinners. They still have a quality batting line-up, so let’s see how we go.”

The batsman further said that India wanted to get used to the bounce on pitch and hence travelled early. “The reason we came down a few days earlier is to get used to the bounce here. Brisbane, which if I may say so, probably is the fastest pitch. It has always challenged us as a batting unit. We are ready to accept that as a batting unit. This time around, we want to change our fortunes and come out with some exceptional performances. It is not going to be easy but we have quality in our group,” he said.

Talking about Australia having the home advantage, Sharma said that Indian batsmen will have a hard time against the opposition’s bowling line-up. “Australia has bowlers who are very tall and extract those conditions, use them to their advantage. Indian batsmen generally are not that tall. Obviously, it’s not that easy for us but, again, all the guys are quite determined to change things around this time,” he said.

“I had a good time playing white ball cricket here. In places like Brisbane and Perth, the good bounce allows me to play my game because I have grown up playing on cement pitches back home. I have done well in limited overs here but the challenge obviously is red-ball cricket which right now I am not thinking of, just want to do well in T20 format and take it forward where we go,” he said.

After losing the test series to both South Africa and England, India haven’t had a memorable tour in 2018. The number 1 ranked will look to turn the tides and round of the year well when the test series down under begins on 6th December.