Sourav Ganguly a.k.a. Dada is one of the finest left-hand batsman and a convenient right arm medium pacer. He is remembered leading his nation during some of its most successful exploits. 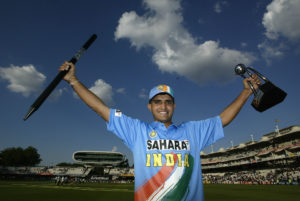 Dada turned 46 today. He is honoured as the most exquisite players and captains in world cricket. Ganguly’s captaincy may have overshadowed his batting skills but he is regarded as a magician with the bat. Whether he was dancing down the track to leg spinners or cutting pacers through the off-side, Ganguly was a treat to watch. 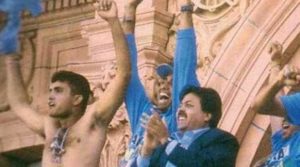 The Prince of Kolkata announced his test debut in style at the Mecca of Cricket on 20th January 1996 and scored a century in his debut. He went on to become the third highest scorer for India with 18575 runs. He is the 12th highest run scorer of all time in International cricket history. He is the only ODI player to have won 4 consecutive Man of the Match awards. Notably, he never dipped below 40 in test cricket.

Thank you Dada for the memories. Let us all come together and wish the ‘ Royal Bengal Tiger ‘ a very happy and prosperous life ahead.