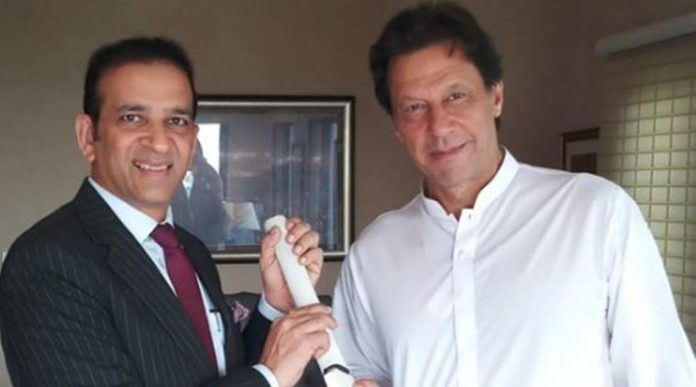 Pakistan’s Prime Minister-elect Imran Khan who is set take oath on 18th August has been gifted a bat signed by the Indian cricket team on Friday. The bat was presented to the former Pakistan cricketer by the Indian High Commissioner to Pakistan Ajay Bisaria. 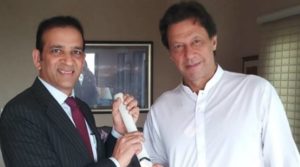 Pakistan Tehreek-e-Insaf (PTI) chairman Imran, whose party won the polls in the National Assembly elections, is slated to become Pakistan’s next prime minister.

Sunil Gavaskar who had got the invite to attend the function said that he would first take the Indian Government’s word before leaving for it.

“I would like to take our government’s OK, take their view, opinion whether I should travel there even if there is a day when I am able to go,” Gavaskar had said on invitation to India Today.

“I just got the invite yesterday, and the invite was from his (Imran’s) office, his party. An official invite in a way hasn’t been there. I would like to travel but whether I would be able to travel is a different matter. And I say this because I have got commitments to do commentary for the second Test starting at Lord’s. As of now from what I gathered the date of the swearing-in is not yet certain,” said Gavaskar.

“If it is on the 15th (August) I clearly won’t be able to go because it’s my mother’s 93rd birthday, apart from it being India’s Independence day. And the same evening I am going to England to cover the remaining three Test matches,” he had said.

Cricket: CoA approved a hike in the fee of Indian Selectors by 30 Lakhs