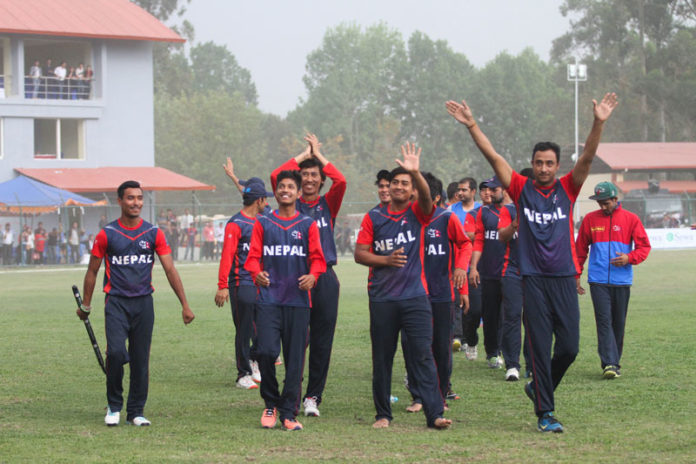 On Wednesday (1st August), Nepal are set to play their very first One-Day international game against the Netherlands. Nepal had secured the ODI status by beating Papua New Guinea in the ICC World Cup Qualifier in Harare in March this year. 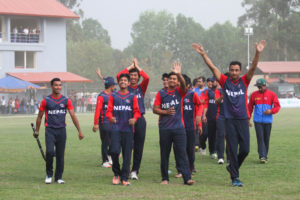 Nepal’s batch of 2018 will see Shakti Gauchan, the seasoned campaigner, retired after the tour. “This has been such a long, amazing journey for Nepal cricket but playing our first ever One-Day Internationals against the Netherlands is only the beginning, we have always wanted to get to this point but the challenge is to keep on growing. Eight years ago we were playing in ICC World Cricket League Division Five and now we are among the top 16 nations in the world, with ODI status guaranteed for the next four years” Khadka wrote in his column in icc-cricket.com

He further added, “I hope we can keep this going and continue to grow because our next goal is to become a Test-playing country. We have worked hard for ODI status and the games against the Netherlands are opportunities for us to explore ourselves, enjoy the experience and hopefully put up good performances.”

“One of the happiest days since then was the day – 27 November 2013 – when we beat Hong Kong off the last ball to qualify for the 2014 ICC World T20 in Bangladesh,” Khadka revealed, as Nepal managed just two wins in the World Cup Qualifier – against Hong Kong and PNG – but Khadka stressed the tournament was special for him and his boys and they have miles to achieve in the upcoming years as they have a strong vision.

Cricket: Zaheer Khan suggests to raise the standards of the Yo-Yo test