Home Cricket Cricket: After much deliberation, here are the final verdicts for Smith, Warner... 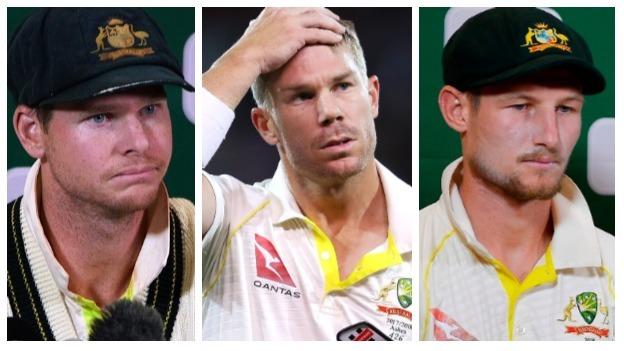 In the wake of Australia’s dismal performances ever since the cascade of events that led to the suspension of Steve Smith, David Warner and Cameron Bancroft, Australian Cricketers’ Association submitted a plea to Cricket Australia for a reduction in the bans on the players.

The CA turned down the request through a unanimous decision and claimed that no more pleas to reduce bans will be entertained going forward. CA interim chairman Earl Eddings elaborated the situation by stating:

“The Cricket Australia Board has carefully considered all elements of the ACA submission and has determined that it is not appropriate to make any changes to the sanctions handed down to the three players,”

“The original decision of the Board to sanction the players was determined after rigorous discussion and consideration. CA maintains that both the length and nature of the sanctions remain an appropriate response in light of the considerable impact on the reputation of Australian cricket, here and abroad.

“As such, the Cricket Australia Board doesn’t intend to consider further calls for amendments to the sanctions.”

Australia’s limited overs format skipper Aaron Finch to commented on the decision taken by the board. While the opening batsman expressed his disappointment with the verdict, he claimed that the team needs to move on now. Finch said:

“It would’ve been great to see the guys play some domestic cricket in the back half of the season but we’ve got to respect CA’s decision on that and for the original ban to stand,”

“It would’ve been great for Steve and Davey also, with Cam coming back shortly, but respect the decision and just got to move on now.”

Jasprit Bumrah pulls out trump card in training. Is he India’s secret weapon against Aussies?