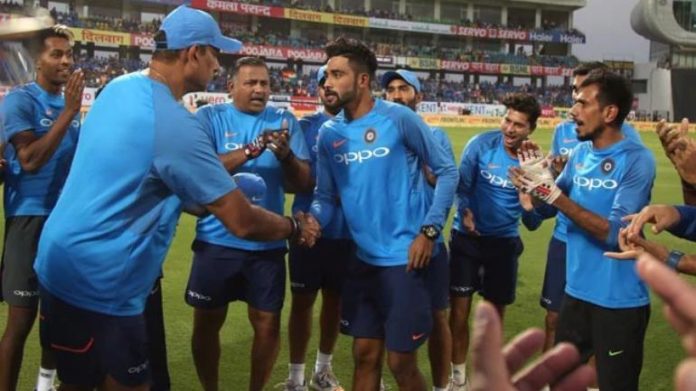 Mohammed Siraj was one of the few surprises picks in the squad for the test series against the West Indies. The pacer has been in a rich vein of form prior to his call-up and faces a task of filling in the shoes of Bhuvneshwar Kumar and Jasprit Bumrah who are rested for the series.

The youngster revealed that the pep-talks by former Indian skipper MS Dhoni have helped him to elevate his game while also crediting the World Cup-winning skipper for his tips on the field. Siraj said:

The Royal Challenger Bangalore pacer rose to fame after Sunrisers Hyderabad picked him up initially in the auctions for a whopping 2.6 INR compared to his base price of INR 20 Lakh.

Having already represented India in multiple Twenty-20 Internationals, Siraj would look to make it count in the longest format of the game against the struggling West Indies.

West Indies’ tour of India is scheduled to start from October 4. The two tests would be played at Rajkot and Hyderabad with Siraj expected to play a prominent role in the absence of the prime pacers.