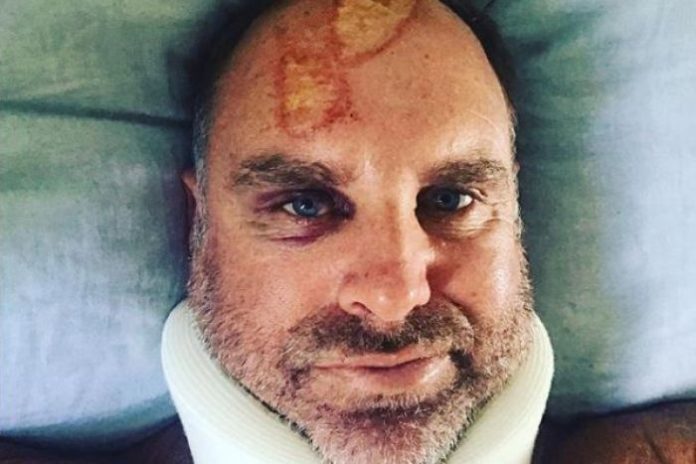 Former Australia opener, Matthew Hayden, has said that he “dodged a bullet” after suffering a fractured bone in his neck and ligament damage while surfing. 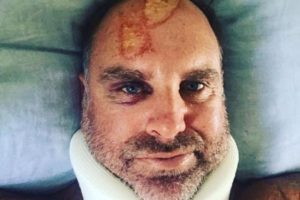 The 46-year-old, who was surfing with his son in south of Brisbane has said on his Instagram account on Saturday that he came off second best with a “Straddie back bank” and that it was “game over for a few days”.

He then posted a photo of himself and thanked the staffs at Straddie who were helpful to him during his time in the hospital. “Just wanted to say a big thank you to all our mates on Stradbroke Island who have been so supportive,” he said.

Ok. Last attention seeking post I promise. Just wanted to say a big thank you to all our mates on Straddie who have been so supportive.✅🏄🏽‍♂️🙏 Especially Ben & Sue Kelley for the fast diagnosis with MRI, CT scan. Fractured C6, torn C5,C4 ligaments safe to say I truly have dodged a bullet. Thank you everyone ❤️ On the road to recovery 🏄🏽‍♂️🎣

Following his post on the social media, South African cricketer Jonty Rhodes saw the funny side of the incident and questioned Hayden on why he had a map of Tamil Nadu on his forehead.

“@haydos359 is that a map of The Tamil Nadu coast u are wearing on your forehead? Real commitment buddy!!! Some of us softies take the easy option and just get tattoos!!,” commented Rhodes.

Matthew Hayden was one of the most successful cricketers in the history of Australian cricket. He, who retired in 2009 scored 8,625 runs which included 30 centuries from 103 Tests. His highest score of 380 vs Zimbabwe in 2003 was once a world record in tests, before Brian Lara went on to beat it 6 months later.

Cricket: The secret behind the improvements in Kohli’s game: turning vegan