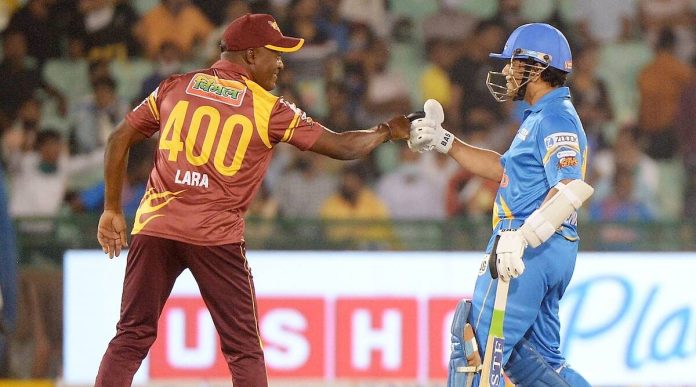 Oman is set to host the inaugural season of the Legends Cricket League in January 2022. Prominent names from different parts of the world will feature in this highly anticipated professional cricket league. The league is scheduled to be played at the Al Amerat Cricket Stadium in Oman which recently hosted the Qualifiers of the concluded T20 World Cup.

It is an honor for Oman Cricket to host the Legends of the game: Chairman Pankaj Khimji

Other than Oman, Dubai, Sharjah, and Abu Dhabi that recently hosted the ICC Men’s T20 World Cup 2021 will be the other three venues for the competition. Also, former cricketers from India, Pakistan, Sri Lanka, Australia, England, and other cricket nations will feature in this tournament. The players will be representing three teams – India, Asia, and the Rest of the World.

The Legends Cricket League will generate excitement for the game amongst the audience in Oman. It will also be an opportunity for all the on-lookers to relive the old intriguing battles. Hence, as Oman will host the tournament, the league will kick start its journey on a global platform.

The chairman of Oman cricket Pankaj Khimji stated that hosting the prestigious league which will legends of the game is an honor for Oman. He also asserted that Oman will aim to extend the best hospitality to the players.

“It is an honor for Oman Cricket to host the Legends of the game. This is going to be very big for Oman Cricket. Such a gathering of star cricketers is unprecedented in Oman and I am sure this will just be the beginning, opening up a completely new opportunity for Oman Cricket. We at Oman Cricket would extend the best hospitality to the Legends while they entertain the fans with Cricket,” Pankaj Khimji stated as quoted by DNA. The former Indian Head coach Ravi Shastri, who stepped down from the role recently after the Indian team’s debacle in the T20 World Cup has found himself a new role. Shastri has joined the Legends league as the Commissioner. Also, Shastri pointed out how big an event this tournament could be for the cricket fans in Oman.

“We see our League as an opportunity to promote Cricket in new destinations. Amongst all options, Oman came out as the best package. It would be a great start to a new journey ahead. This will be the first time that such big names will play in Oman and perhaps once in a lifetime opportunity for the cricket fans of Oman,” Shastri said.

BIG BREAKING! @RaviShastriOfc the Legend himself joins Legends League Cricket as Commissioner to steer head the team on all cricket matters. We feel elated & honoured to have him with us. Exciting days ahead.@llct20 @ramanraheja @vivekkhushalani @khushvk#cricket #RaviShastri pic.twitter.com/dhz7I82h47

• Ravi Shastri joins the league as a commissioner