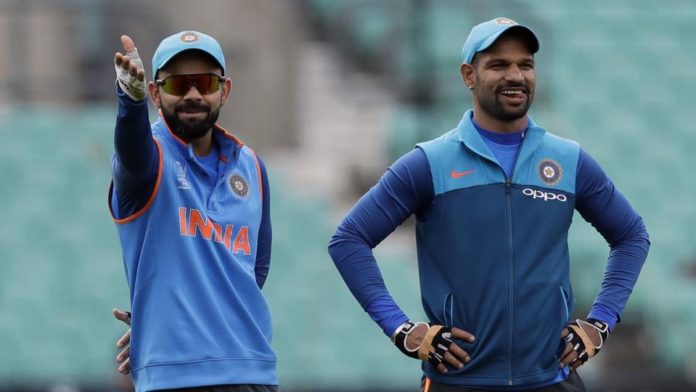 The Indian Captain Virat Kohli and the Gabbar of Indian Team ie. Shikhar Dhawan are famous for bringing out the Punjabi in them whenever the opportunity comes up and they did not stop from doing so in India’s practice game against Essex. India fielded once in the three-day match and they came on to the pitch with men playing the Dhol flanking the entrance. Virat and Dhawan, who is known as the livewires in the team, lived up to that tag.

Two @BCCI players have enjoyed their time at Chelmsford!

While fielding, Umesh Yadav picked four wickets and Ishant Sharma took three. Kohli, Murali Vijay, KL Rahul, Dinesh Karthik and Hardik Pandya managed to get half centuries whereas Dhawan got out for a duck.

India’s five-match Test series against England starts on August 1 in Edgbaston. The squad looks very jolly and motivated for the match to start.

Cricket : Dale Steyn explains that writing off the Indian Skipper could be the biggest mistake

Cricket: Essex’s tweet on Virat Kohli did not go down well with the Indian fans