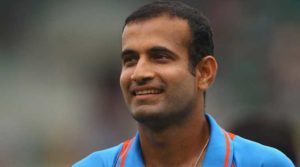 India’s veteran fast bowler Irfan Pathan who is coming to his end of his playing career has started a talent hunt program in Srinagar to identify promising talents from Jammu & Kashmir.

Pathan who has played for over 10 years for India is now identifying some promising talents across districts in J&K. When asked about the programme he said that it was a way to identify many talented players who do not have much of a experience.

Jammu and Kashmir star player Parvez Rasool gave all his support to Pathan. He said that this event will help the players who usually don’t make the cut get recognised by the chief selectors.

Many people across twitter also congratulated Pathan showing their support for the initiative. Hope this talent hunt produces a lot of players for the future.