The 29-year-old Indian captain Virat Kohli, who averaged 13.40 on the last tour 4 years ago made 149 runs in the 1st innings at Edgbaston. Kohli made 51 runs in India’s exciting chase of 194, but England snatched a 31-run win on an enthralling fourth morning. 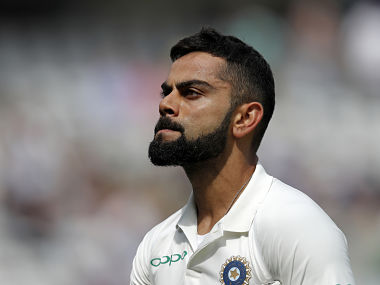 He told BBC Test Match Special: “Back in the day I used to think about playing in different conditions, different countries, but when you become captain it’s about taking your team across the line. You are able to bat longer than you would’ve done otherwise and the ability you have inside just unleashed because you’re not focused on your personal milestones.”

“When the focus is on the larger picture, these things don’t matter,” Kohli said. India trailed by 84 runs to win the match, but as soon as Kohli got dismissed by Ben Stokes, they fell from 141-7 to 162 all out. Despite the loss, they were competitive throughout the Test, dismissing England for 287 and 180 to set up a tense finish.