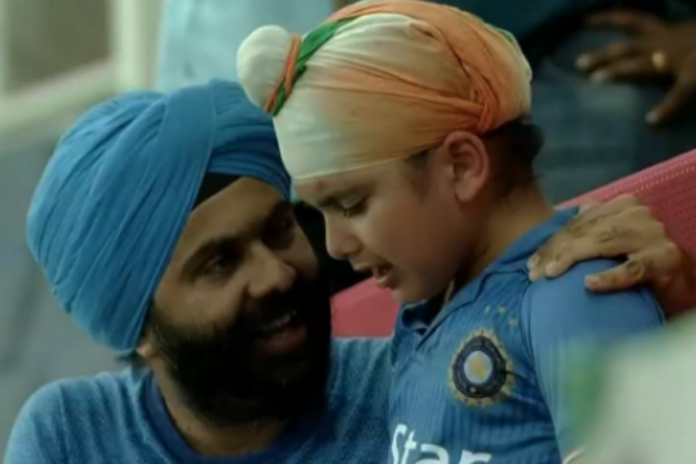 India vs Afghanistan Asia Cup game last Tuesday was a match to remember. The Afghans who were clearly the underdogs played their hearts out in an enthralling game of cricket. They came so close in defending their target and finally managed to pull off a tie.

But the moment of the game came right after the match finished. Once the game ended in a dramatic tie, the cameras pointed towards a young kid, crying, as his father consoled him.

The Son who had come to watch the match along with his father was pretty much clearly disappointed as his side, India, did not end up on the winning side. His reaction following the match had it’s presence felt on the social media.

The young kid is also aspiring to become a cricketer for the country one day in the future. His father stated that he’ll surely finish a match for India in the future.

He is currently training at MS Dhoni Cricket Academy in Dubai… Your wishes will come true one day… If not bowling, he will surely wrap up the match with a clean hit 😄🇮🇳 @msdhoni @pacific_club pic.twitter.com/p2frCYMBXP