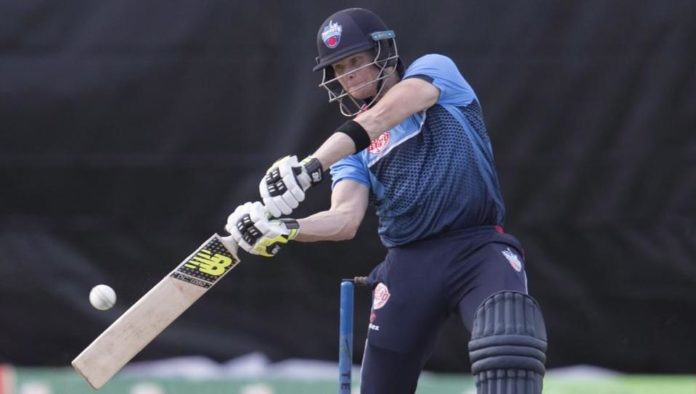 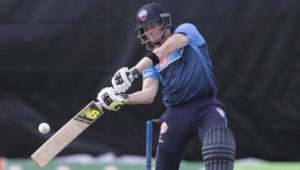 The opening night of the Global T20 Canada league saw a run fest as Toronto Nationals defeated Vancouver Knights chasing a total of 228.

Put into bat first, the Knights set out with the destructive opening pair of Chris Gayle and Evin Lewis. The universal boss made 17 runs before getting out to Nikhil Dutta.

Lewis carried on to make a superb knock of 96 off 55 balls before giving his wicket to Kesrick Williams. Russell then continued the onslaught by scoring 54 of just 20 balls. His knock comprised of 3 fours and 6 sixes which lead to Vancouver scoring the mammoth total.

Nikhil Dutta posted the best figures after the first innings claiming 2 wickets for 26 runs in his four overs.

Chasing 228 to win Toronto Nationals lost Nizakat Khan early. Johnson Charles played a cameo scoring 30 off just 12 balls to keep Toronto still in the game. After his wicket, former Australian skipper Steven Smith and New Zealander Anton Devcich notched up a stand of 91 to take the game away from the opposition.

Devcich recorded an unbeaten knock of 92 that comprised of 10 fours and 6 sixes. He was well supported by Smith who scored 61 runs playing his first game after the infamous sandpaper scandal.